Did Kellyanne Conway break a major ethics rule when she went on Fox News this morning? 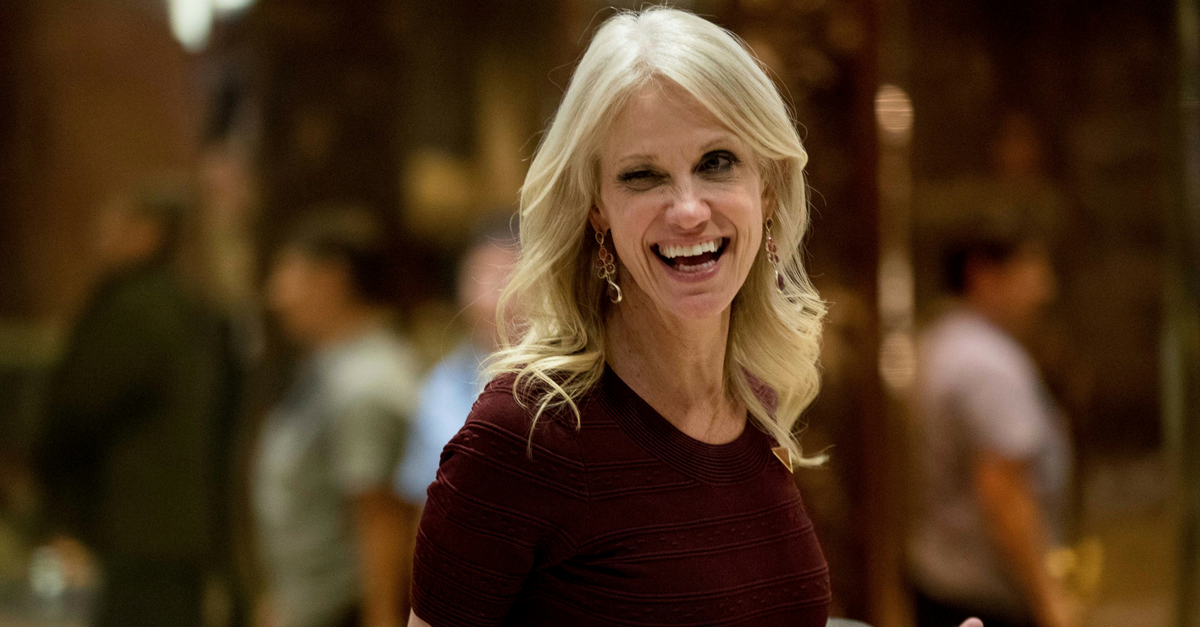 “I think she’s gone from 800 stores to a thousand stores, or a thousand places where you can buy. You can buy her goods online,” Conway told Fox.

“Go buy Ivanka’s stuff is what I would tell you,” she added. “I hate shopping, I’m going to go get some myself today.”

Conway continued to endorse Trump’s line, and even joked that she was giving her a free commercial.

“This is just a wonderful line,” she said. “I own some of it. I fully — I’m going to give a free commercial here. Go buy it today, everybody. You can find it online.”

In recent days, several major retailers have dropped Trump’s branded items due to declining sales. The Trump administration interpreted this negatively and commented as such.

“My daughter Ivanka has been treated so unfairly by @Nordstrom. She is a great person — always pushing me to do the right thing! Terrible!” Trump tweeted after the department store scaled back their Ivanka Trump merchandise.

White House Press Secretary Sean Spicer later likened the moment to a father standing up for his daughter.

Chris Lu, a senior fellow at the Miller Center, pointed out on Twitter that Conway could have violated a longstanding ethics rule in the Code of Federal Regulations.

“An employee shall not use his public office for his own private gain, for the endorsement of any product, service or enterprise, or for the private gain of friends, relatives, or persons with whom the employee is affiliated in a nongovernmental capacity,” the regulation reads.

Conway could perhaps argue that she is not “friends” with Ivanka Trump, though that remains to be seen.