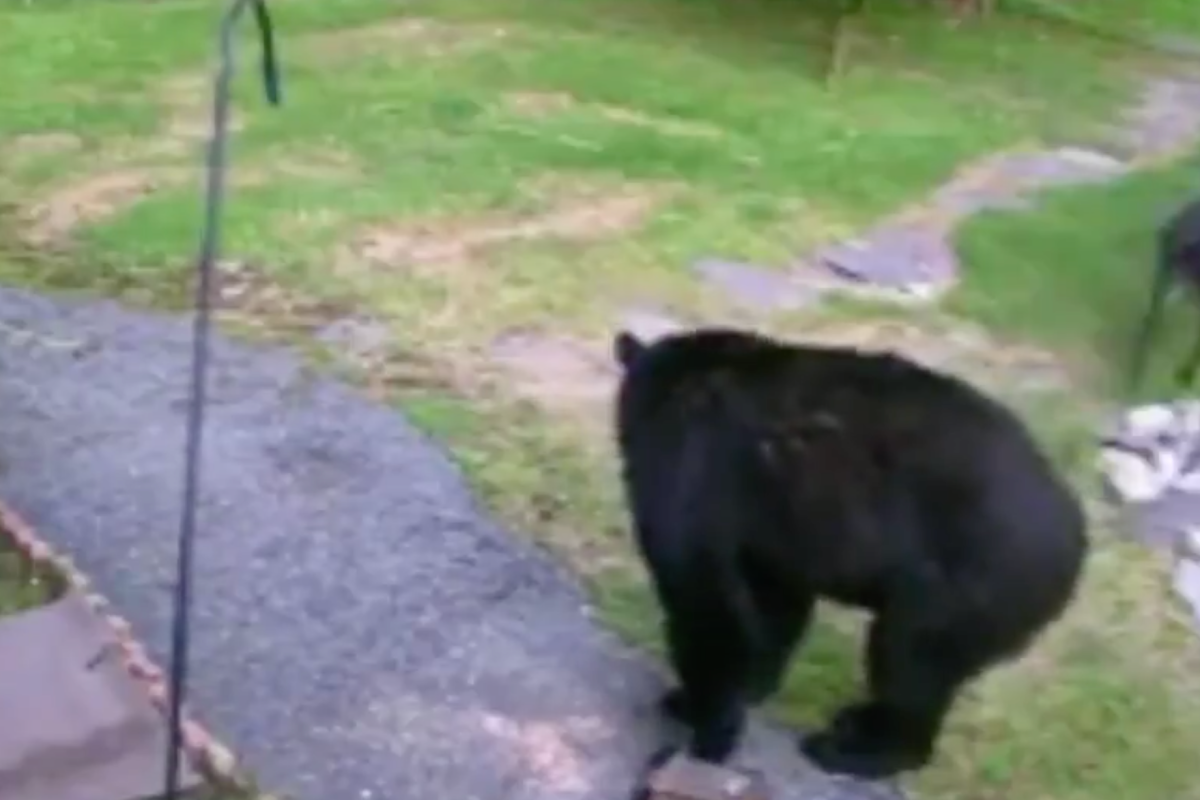 A New Jersey man is promising to give his neighbor’s dog a steak for chasing a black bear from his backyard.

Mark Stinziano tells WABC-TV his home security camera captured what happened Tuesday night when the bruin decided to snack on the bird feeder behind his West Milford home.

WATCH: A neighbors dog chased away this bear chomping on bird feeder at a home in New Jersey. 🐻 FULL STORY: https://t.co/XwfDCFHd6o pic.twitter.com/DqKD2xB8wA

The video shows the bear pulling down the bird feeder when the neighbor’s dog, Riley, races into the yard. Riley slammed into the startled bear, which scrambled to escape.

Riley’s owner, Alan Tlusty, says his dog always chases the bear whenever he sees him in the yard.
Stinziano says Riley also checks on his children when they’re in the pool.