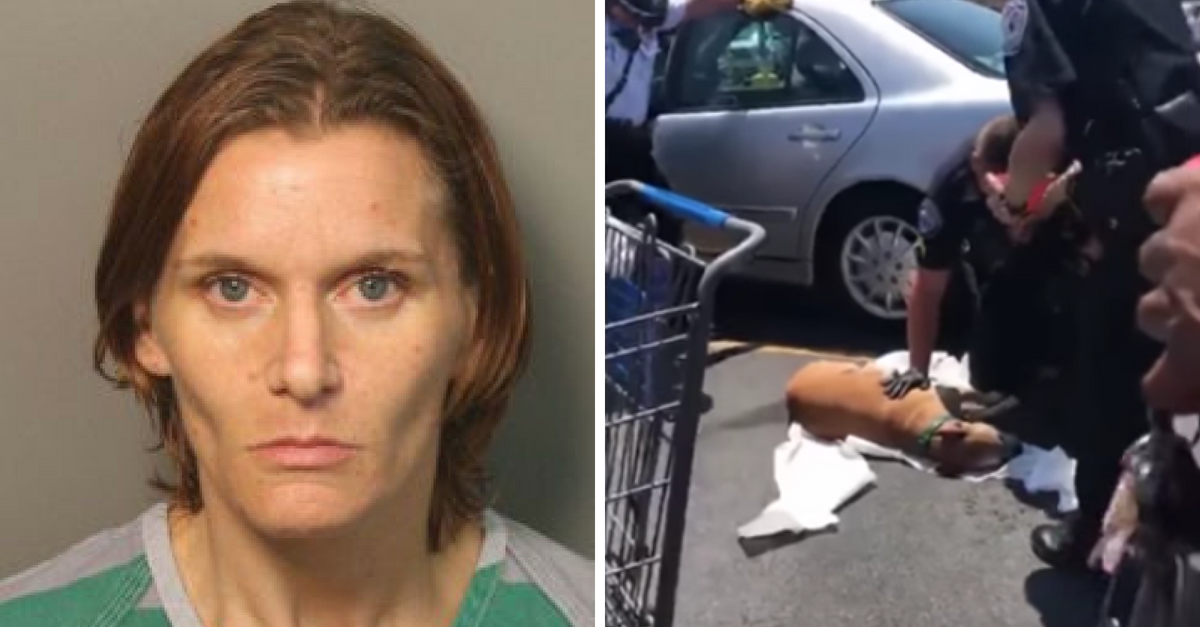 JCSO via the Trussville Tribune

Police in Trussville, Alabama arrested Stephanie Shae Thomas for aggravated cruelty to animals in connection with the death of a dog in a Walmart parking lot.

Shortly after 11 a.m. on Wednesday, July 4th, authorities received a call of a dog inside a vehicle parked outside with the A/C off. When officers arrived, they discovered several citizens trying to help the dog at all costs. Through a Facebook live by Stacy Guthrie, you can see bystanders trying to break the windows using flashlights and tire irons. Authorities did try to page the owner of the vehicle through the store speakers, later breaking the window when there was no response. The dog was removed from the vehicle, but due to the amount of time spent inside the heat, he died from lack of oxygen.

According to police, Thomas admitted to parking the car and leaving the dog inside unattended. Police say the dog was left inside at approximately 4 in the Morning and Thomas did not return to the vehicle until 12 in the Afternoon. Thomas told authorities she has ?lost track of time? offering no other explanation as to why she was in the store for so long or choosing to leave the dog locked in the car.

Thomas was arrested by Trussville police and was transported to Jefferson county Jail where she is being held on $25,000 bond.

Animal Advocates of Alabama commented on the situation, stating the Good Samaritan law does allow anyone to break into car if they see a person, but does not apply to animals. Officials would like to change the law, due to situations like these.

In an interview with CBS 42, Animal Advocate of Alabama, Veronica Kennedy, commented,

Although animal cruelty, endangerment, abuse and neglect are illegal in all 50 states, only 28 states have enacted laws that specifically prohibit leaving dogs in hot cars. Most prohibit anyone from taking measures to free an animal trapped inside. Only 11 states (Arizona, California, Colorado ,Florida, Indiana, Massachusetts, New York, Ohio, Tennessee, Vermont, and Wisconsin) have granted legal rights to citizen to use any means necessary to save a distressed dog. It?s no secret leaving an animal unattended in parked car without protection is sign of animal abuse and cruelty. Regardless of your state laws, one must understand the serious situation when it comes to leaving an animal inside. We wouldn’t want to be stuck inside a hot car, so then why would they?

What can you do to help these unattended animals?