Menu
Follow us
Search
Menu
Search
CLEVELAND, OH - JULY 20: Republican presidential candidate Donald Trump (C) speaks with Donald Trump Jr. (L) and Ivanka Trump (R) during the third day of the Republican National Convention on July 20, 2016 at the Quicken Loans Arena in Cleveland, Ohio. Republican presidential candidate Donald Trump received the number of votes needed to secure the party's nomination. An estimated 50,000 people are expected in Cleveland, including hundreds of protesters and members of the media. The four-day Republican National Convention kicked off on July 18. (Photo by Joe Raedle/Getty Images)

Donald Trump Jr., the son of the President of the United States, criticized comedian Chelsea Handler on Monday, hours after Handler made a joke about his sister-in-law’s pregnancy. The Trumps announced on Monday that Eric Trump and his wife, Lara Yunaska, are expecting their first child. Handler hopes that it is not a boy.

“I guess one of @realDonaldTrump’s sons is expecting a new baby. Just what we need. Another person with those jeans. Let’s hope for a girl,” Handler wrote.

I guess one of @realDonaldTrump's sons is expecting a new baby. Just what we need. Another person with those jeans. Let's hope for a girl.

Trump Jr. soon went on the defensive, pointing out that Handler wrote “jeans,” instead of “genes.” He later expanded on his criticism in a longer social media post.

RELATED: Did Russia hack to help Trump? The CIA says yes, and, unbelievably, Trump just said this in response

“The liberal elite’s real hatred is hopefully starting to be apparent to mainstream America. (both right and left) Their whole ‘party of tolerance’ nonsense only applies if you fully buy into their dogma, and when you don’t their true colors shine,” Trump Jr. wrote. “Attacking the announcement of someone’s first pregnancy would seem below the belt to most, but sadly that’s no longer the case. As to the ‘hoping it’s a girl’ comment, I wonder if she knows that said ‘jeans’ (aka genes) are passed from the same people whether it’s a girl or a boy???”

Handler eventually chocked up her typo to her being “a little stoned.”

Sorry about spelling mistake. I meant "genes," not "jeans." I'm a little stoned. What's your excuse? 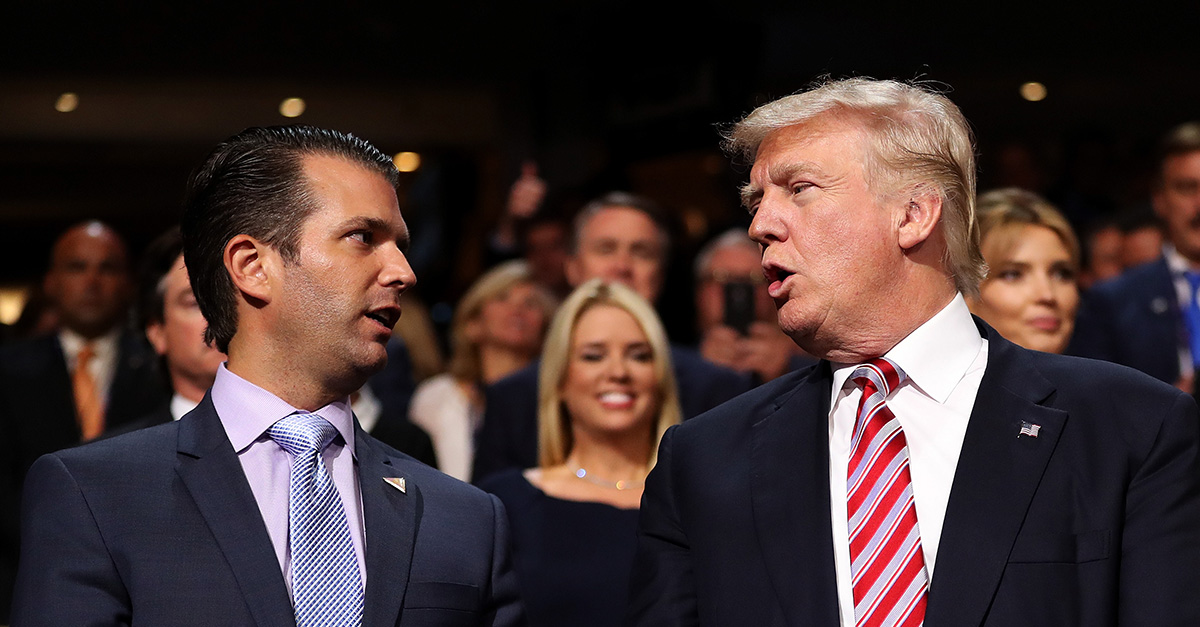