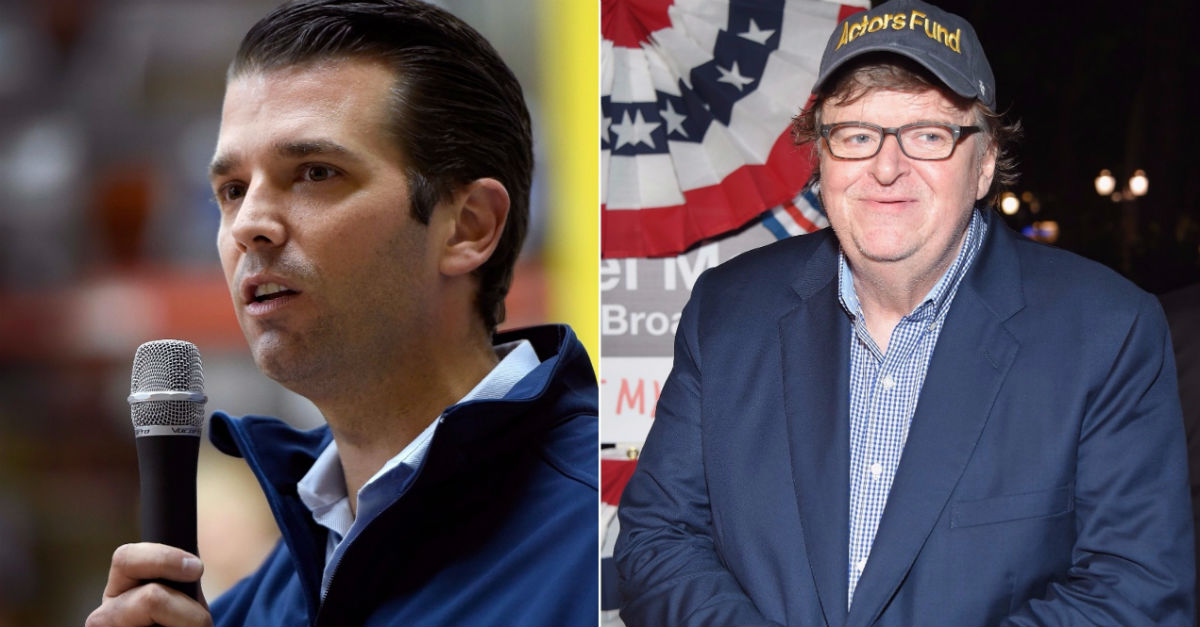 First son Donald Trump, Jr. spent a moment on Sunday to criticize Michael Moore for a past tweet he made calling Hollywood producer Harvey Weinstein “one of the best people to work with in this town.”

The liberal filmmaker posted the tweet in 2015, saying, “Actually Harvey Weinstein is one of the best people to work with in this town. #funfactneverreported.” Just last week, The New York Times published bombshell sexual harassment accusations against Weinstein.

At the time of this writing, Moore has not addressed Trump’s tweet, or his own, on Twitter. However, many have called out the uncharacteristic silence from major media outlets on the accusations against Weinstein. Mediaite pointed out that “Saturday Night Live,” a show that rarely strays from satirizing controversy, glossed over the topic altogether.