President-elect Donald Trump spoke to a crowd of over 11,000 people during his Thank You Tour stop in Orlando on Friday night, and he admitted for the first time that many of his supporters had been “violent” during the campaign season.

RELATED: During a victory stop in Orlando, Donald Trump laid out his plan for making America great again

“You people were vicious, violent, screaming, ‘Where’s the wall? We want the wall!’ Screaming, ‘Prison! Prison! Lock her up!’ I mean you are going crazy,” he said. “I mean, you were nasty and mean and vicious, and you wanted to win, right?”

This comes after months of downplaying the violence his supporters exhibited towards protesters and Hillary Clinton supporters leading up to the election — violence that he even encouraged. While on the campaign trailed, he often referred to his rallies as some of the “safest” places on Earth, even though several of his supporters were charged with assaulting protesters.

“But now, you’re mellow and you’re cool and you’re not nearly as vicious or violent, right?” Trump continued. “Because we won, right?”

Unfortunately for Trump, the country has actually seen a spike in violence, hate crimes, and hate speech directed towards women and minorities since he won the election, suggesting that many of his supporters are not “mellow” now that he won.

RELATED: The golden age of comedy: Seth Meyers made a “greatest hits” clip of this week’s Donald Trump jokes 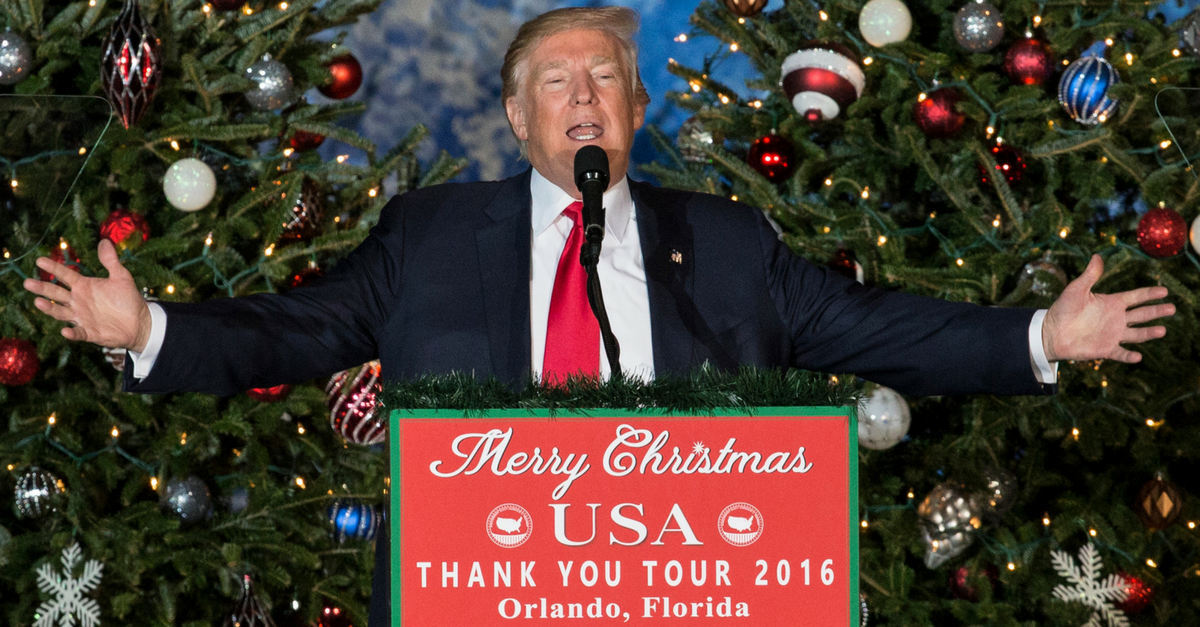