Menu
Follow us
Search
Menu
Search
LAS VEGAS, NV - OCTOBER 02: A Las Vegas Metropolitan Police Department officer stands in the intersection of Las Vegas Boulevard and Tropicana Ave. after a mass shooting at a country music festival nearby on October 2, 2017 in Las Vegas, Nevada. A gunman has opened fire on a music festival in Las Vegas, leaving at least 20 people dead and more than 100 injured. Police have confirmed that one suspect has been shot. The investigation is ongoing. (Photo by Ethan Miller/Getty Images)

Just hours after a gunman carried out the deadliest mass shooting in American history from a hotel room in Las Vegas, hoaxes began to permeate the internet.

A running list of hoaxes compiled by Buzzfeed indicates that the primary areas of false information involve the shooter’s identity, the shooter’s politics and religion, and missing victims:

No, this comedian is not behind every shooting

Though authorities have identified the now-deceased Stephen Paddock, 64, as the main suspect in the Las Vegas shooting, images indicating that comedian Sam Hyde is the shooter continue to circulate. While it is unclear how the trend came about, it is not unusual for trolls to use pictures of Hyde during any mass shooting that becomes national news.

As with any major killing, many rush to judgment about the motivations behind an attack to further preconceived notions about religions, political beliefs and other factors.

One conservative personality was quick to blame “Muslim terror.” And while some wonder if the race of the suspected culprit makes politicians less inclined to call the shooting an act of terror, authorities have yet to confirm whether or not the alleged gunman is connected to an international terrorist group. In fact, CBS News reports that the alleged gunman did not have any ties to ISIS, despite the organization claiming responsibility for the act. There is also very little evidence that the alleged shooter was “a Democrat Who Liked Rachel Maddow, MoveOn.org and Associated with Anti-Trump Army,” but that didn’t stop one news site with White House press credentials from making just that assertion after identifying the wrong suspect.

If the alleged gunman had any strong religious or political convictions, that would be news to those who knew him. His brother, Eric Paddock, told reporters, “No religious affiliation. No political affiliation. He just hung out.”

In the process of writing the article, a few tweets were deleted, either by the users or by Twitter. The same will likely happen to other hoax tweets. 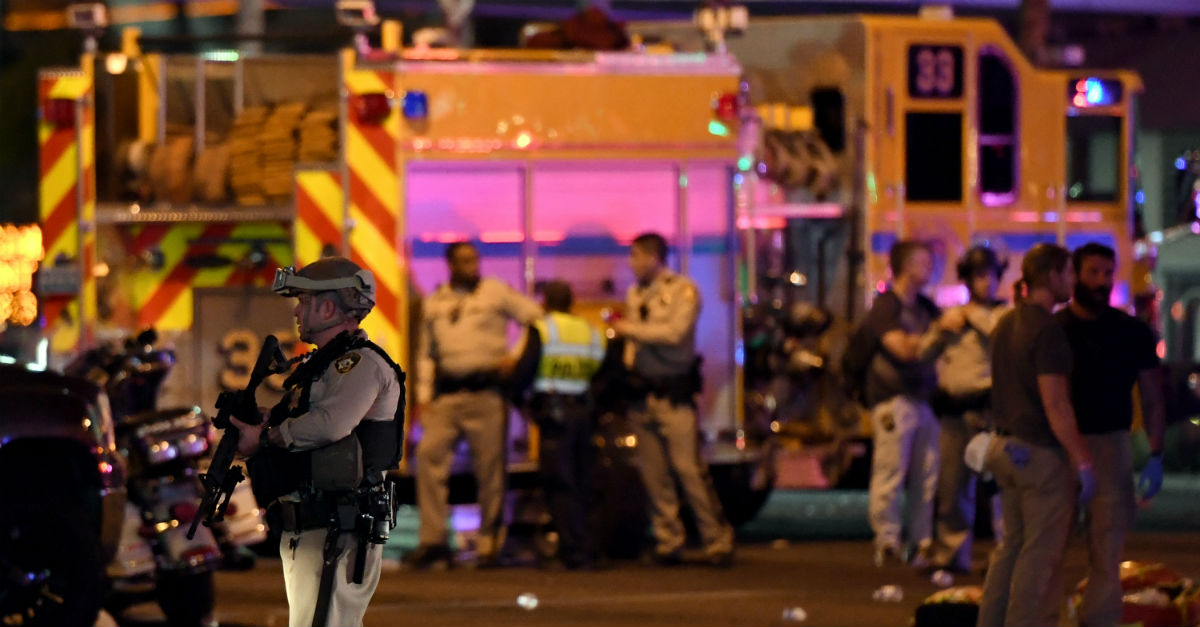