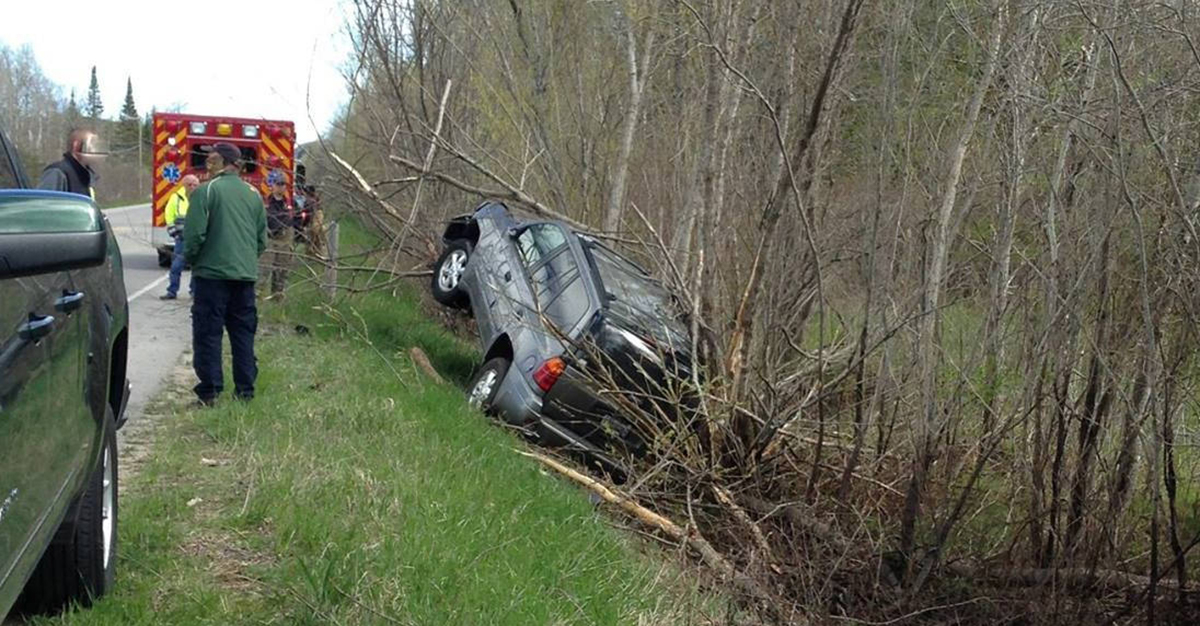 A 26-year-old man veered off the road and crashed his SUV into a tree-lined ditch Sunday morning in Leelanau County, Mich. There were no signs of distress, but the driver said there was one big distraction that caused the accident: a dangling spider.

The man said the intrusive spider was hanging from the visor above his head. He claims he was so distracted by the creature that it caused him to crash.

The driver walked away without suffering any injuries, but the 29-year-old female passenger injured her wrist. She was treated at the scene and released.

The identity of the distracted driver and his passenger were not made available.