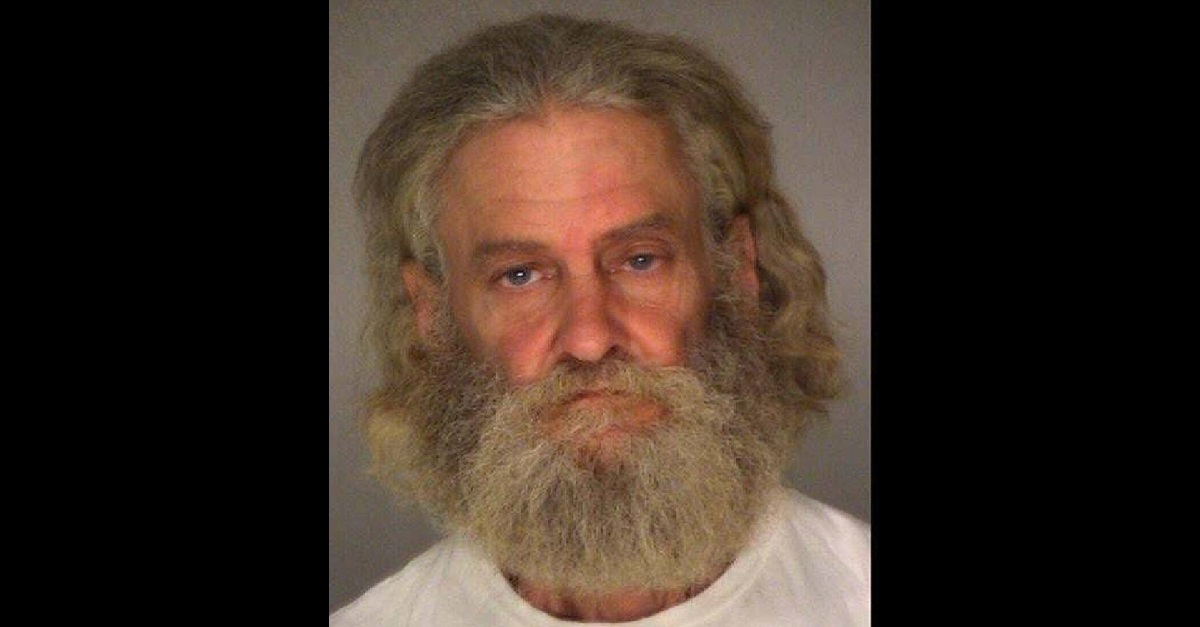 The Bibb County Sheriff’s Office has arrested Joseph Talmadge “Ghost” Schrader for stealing an American flag from the front of a sheriff’s office annex in downtown Macon, Georgia.

With Independence Day approaching, the homeless Macon man decided to add an American flag to his camp. In the American tradition, Schrader decided to steal it from someone.

RELATED: The Navy Special Warfare forces who flew a Trump flag on their vehicle have learned their punishment

Caught on surveillance video, “Ghost” lowered the flag to the ground and put the flag in a trash bag, slinging it over his shoulder and walking offscreen.

The man appeared to have stuffed the $250 flag into a trash bag, then walked off with the bag slung over his shoulder.

Schrader has been arrested by police and charged with theft by taking. He’s being held on $650 bond, according to the Atlanta Journal-Constitution.

When confronted by police, Schrader admitted to taking the flag, saying he was drunk at the time.

Police also found a Confederate flag in his possession, but couldn’t match it to a police report for a stolen flag.