Celina Dally of Louisiana was drinking at a wine tasting before passing out in a friend’s car, according to WGNO. Her friend became concerned and called authorities, but when Dally woke up, she was in jail, according to KATC.

The criminal justice major at McNeese State was arrested for public intoxication and assaulting a police officer. During her drunken state, Dally tried biting the officer, WGNO reported.

“My conscious [sic] was eating at me so I decided to find Officer Guillory (who’s super sweet btw) and apologize [with] a cookie cake,” Dally wrote on in a since-deleted post Facebook.

The cake’s message read, “Sorry I tried to bite you.”

Dally shared the apology on Facebook and it already has 10,000 likes and more than 3,500 shares.

RELATED: Video of a topless mom’s death went viral, but someone dear to her hasn’t heard the news 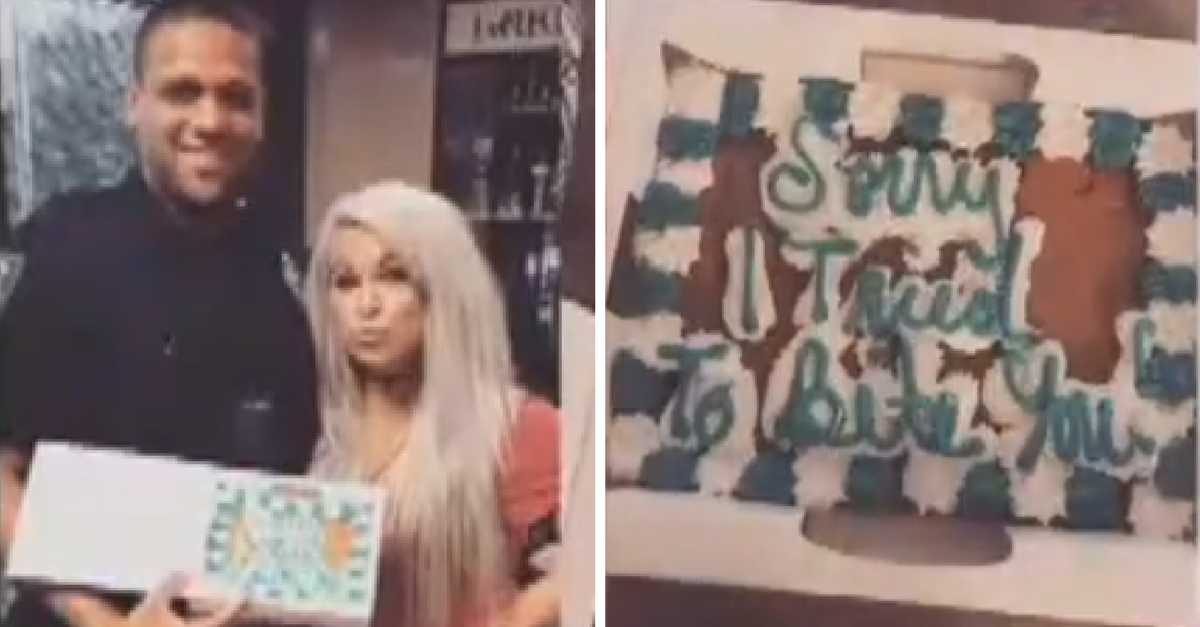