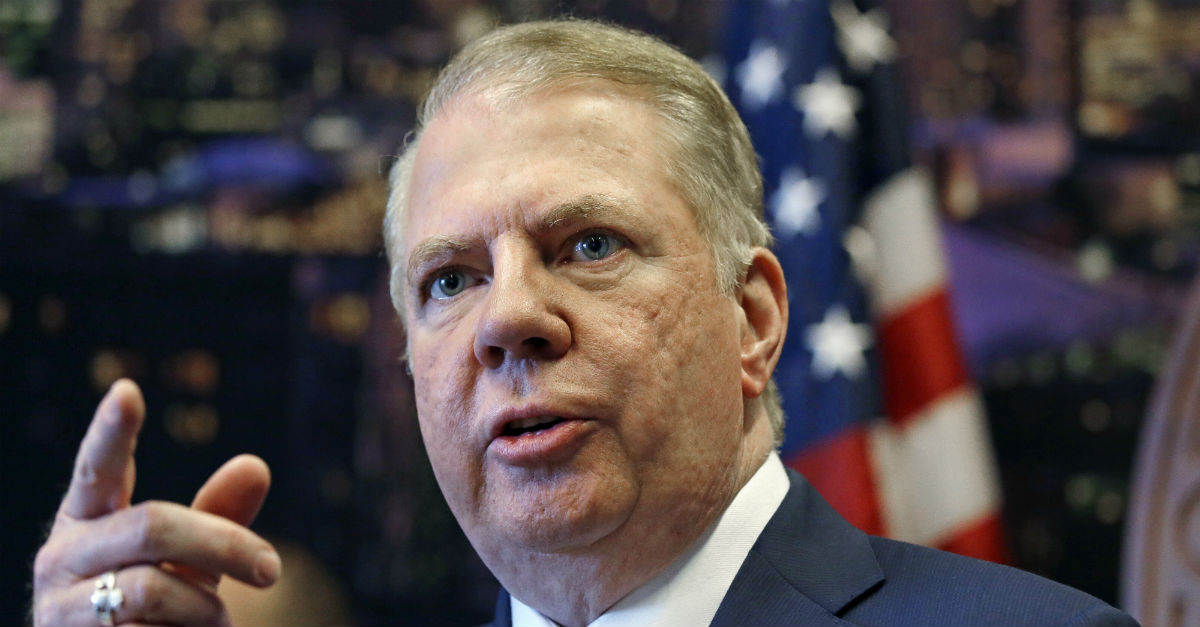 AP Photo/Elaine Thompson
Seattle Mayor Ed Murray takes a question at a news conference at City Hall Wednesday, June 14, 2017, in Seattle. A man who accused Murray of sexually abusing him when he was a teenager has asked a court to dismiss the lawsuit he filed against the mayor. In a motion filed Tuesday, Delvonn Heckard's lawyer, Lincoln Beauregard, said that Heckard feels it would be wise to complete his extensive counseling and recovery before moving forward with the case. (AP Photo/Elaine Thompson)

Seattle Mayor Ed Murray will resign from his office, effective as of 5 p.m. on Wednesday. His abdication stems from a long-running history of sexual assault accusations that have plagued the 62-year-old Democratic politician.

On Tuesday, one of Murray’s younger cousins became the latest to accuse the leader of sexual abuse, during an interview with the Seattle Times. Joseph Dyer, 54, says he was 13 years old when his older cousin forced him into sex for a year. The two shared a bedroom and Dyer claims “There would be times when I would fake sleeping because I didn’t want him touching me.”

Murray, who is the liberal city’s first openly gay mayor, denounced the accusations; but after the Seattle Times published their piece, Murray announced his resignation. In a statement, he wrote, “While the allegations against me are not true, it is important that my personal issues do not affect the ability of our city government to conduct the public’s business.”

Dyer is the fifth man to level accusations against Murray. The others are as follows: