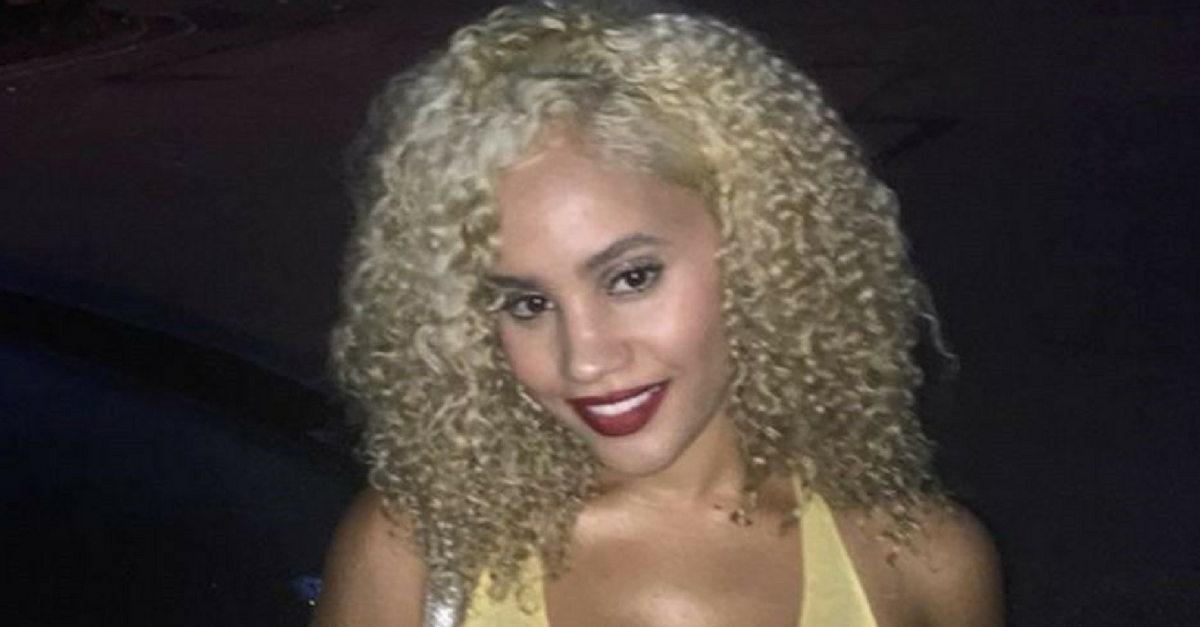 The aunt of a New York model who was discovered dead in Jamaica last year received a chilling call from her niece’s missing phone, adding a whole new level of mystery to her suspicious death.

Peggy Brunner was cooking dinner on Sunday night when she got a call from her late niece Desiree Gibbon’s missing cell phone. Although she “got goosebumps” when she saw the name pop up on her phone screen, Brunner was disappointed when she answered the call and the other end of the line was silent. She later got another call from the number just before midnight, but she was unable to answer it at the time. When she called back, she simply got a message saying that the phone was no longer in service.

The recent eerie chain of events raises even more questions about Gibbon’s death after the 26-year-old model was found on the side of the road with her throat slit in November. Her suspected murder has not yet been solved, and her phone still hasn’t been located or recovered. The victim’s mother, Andrea Cali-Gibbon, said she is becoming frustrated by the slow investigation into her daughter’s passing.

RELATED: Man faces death sentence for allegedly stabbing a couple and returning to continue the horrors against their baby

“There are no answers,” she said. “You feel like they’re not doing anything at all.”

Gibbon, who had traveled to Jamaica for work, was last seen three days before she was found dead, according to surveillance video showing her walking out of a hotel owned by her grandmother. At the time, she didn’t have any identification with her and only brought her cell phone.

“She walked out of the driveway, made a left out the gate, and that was the end of her,” Andrea Cali-Gibbon said.

The model’s family indicated that they haven’t received many updates since Jamaican authorities announced their search for a “person of interest” in December.

RELATED: A teen’s night of fun ended in horror after she rejected a stranger’s advances in a club