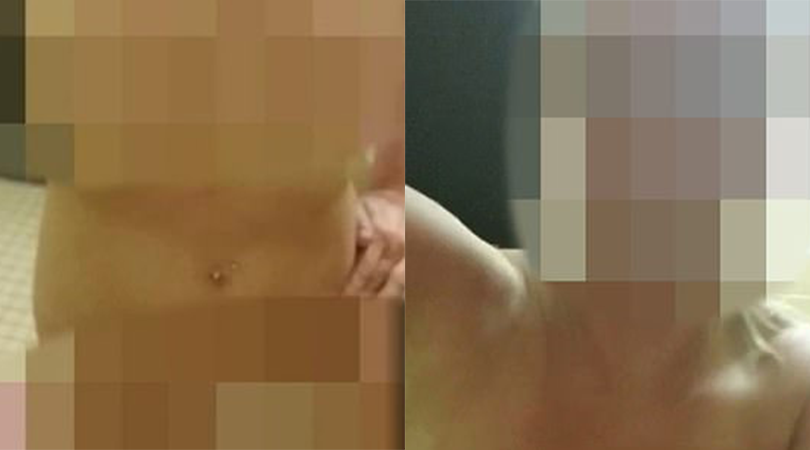 A school resource officer in Kissimmee, Florida was caught with her pants down, but only figuratively speaking, because in actuality her pants were all the way off and on the other side of the bathroom she was filming herself nude in while on duty. At the elementary school she was assigned to.

Though the female officer wasn’t identified publicly, Kissimmee police stated that she was assigned to the Kissimmee Charter Academy in Florida. It was there that on some random December 2018 day during her lunch break that she stripped down in a bathroom and sent her husband a nude video of herself sort of just standing there and moving around a little bit.

In the video the officer can be heard saying, “I’m doing this for you” to her husband.

Keep your marriage spicy on your own time, lady.

The Kissimmee Police Department agreed with that sentiment. After finding out about the videos while investigating a different personal incident between the couple.

While the woman acknowledged that what she did was wrong, insomuch that it’s wrong to do sexual adult things in the immediate proximity of young children, she also argued that 1) she was on her lunch break, and 2) she should be reprimanded but not fired.

The Kissimmee Police Department disagreed with both those points, however. They pointed out, for instance, that the officer is responsible for the school at all times, and even when on her lunch break she must react to threats at a moment’s notice. Being completely naked, they believed, would have been pretty significant in preventing the officer from effectively responding to a school shooter, for example. In the video it was evident that the officer’s gun and pepper spray were on the ground on the other side of the room.

But would her being naked have prevented her from stopping a school shooter? Really? If she had heard shots starting to pop off in the hallway all she would’ve needed was to grab her gun. Then she could have jumped out into the hallway and responded with the gun and nothing else, still totally naked. That potentially could be more effective. The shooter would be totally thrown off by a naked woman screaming “FREEZE” and firing at him. He’d think the Matrix was glitching. That his brain had broken. His reality would collapse in on itself as he passed out from a panic attack.

But that’s just a theory. Kissimmee PD probably made the right call here.

Next: Kindergarten Principal Fired For Pole Dancing During Welcome Ceremony