There Are Some Convincing Conspiracy Theories About Elvis Being Alive 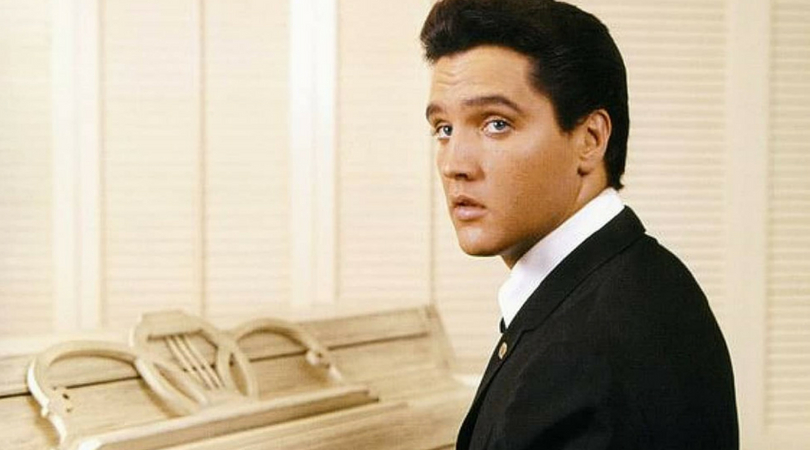 It’s safe to say people LOVE conspiracy theories. It’s what we do, and what often keeps life interesting. It’s our own guessing game that, at the end of the day, might not make sense, but we continue to do it because, well, it gives us hope. Throughout the years there have been several conspiracy theories involving high-profile deaths from Hollywood Stars such as Paul Mccartney (who allegedly died in a car crash back in 1966), James Dean, Michael Jackson, and Elvis Presley.

Over the past few decades, the idea of Elvis Presley’s death being faked has caused fans around the world to actually seek out the truth. His death on August 16, 1977, stunned the music industry, disappointing millions of fans around the world. The legendary ‘King of Rock ‘n’ Roll’ died of a heart attack in his own home, and despite a clear statement from doctors and coroner that the 42-year-old singer and movie star had indeed died, speculation grew among fans. Many disbelievers were adamant that the Memphis singer faked his own death to go into hiding. And believe it or not, many believe that Elvis is alive.

Don’t believe us? In 1989, three Las Vegas Elvis enthusiasts even created ‘The Elvis Sighting Society’ to monitor apparent appearances that the singer had been spotted at, convinced Elvis was alive. Some people even claimed he appeared as an extra in the 1990’s blockbuster movie, Home Alone movie. Yet, one of the biggest theories conspiracy theorists believe might have caused Elvis to fake his death was his ties with the mafia.

The author of the 1988 best-selling book Is Elvis Alive, Gail Brewer-Giorgio, stated that she reviewed thousands of FBI documents, coming to the conclusion that Elvis was an American hero who needed to go into witness protection. She was convinced he didn’t die on August 16, after the FBI enlisted Elvis as an undercover agent in 1976 to help the agency inflate a criminal organization called “The Fraternity,” which was made up of a dozen of racketeers. Brewer believes Elvis volunteered, due to his love of America and respect for the FBI. The author believed the agency approached Elvis after a member of “The Fraternity” had apparent dealing with Presley over the sale of an airplane he had bought, but, when Elvis was found to be a mole, he was put into the witness protection program.

Of course, the FBI has never commented on the decades-old claim that Brewer described in the book. There’s actually no mention of Presley helping the FBI, even in the 760 files the agency released that pertain to Tennessee singer between 1956 and 1980. Although the FBI never investigated Elvis, there was a folder in his name created after he had been a target of several extortion attempts the FBI probed.

Several Elvis fans have tried to debunk this theory, stating the files show a lack of evidence suggesting Elvis’ death is fake. Patrick Lacy, author of Elvis Decoded, stated the files are available and all evidence points to death within the files. This in regards to chemical evidence, eyewitness reports, and history. According to Lacy, to have him fake his own death, the singer would have required the services and silence of literally hundreds if not thousands of people over the years.

Another theory that several skeptics have been pointing out several slip-ups from Elvis’ family members in live interviews, and the apparent name misspelling on the King’s tombstone as proof cover up. Skeptics believe that Elvis’ middle name was purposely spelled wrong (Aaron instead of Aron) because putting his real name would have been taboo since the signer is still alive. But, debunkers say that Elvis started spelling his middle name Aaron instead of Aron later in his life.

As for his family, in 2005 while in an interview with Oprah, Elvis’ wife, Priscilla Presley addressed how Presley would spoil their daughter, Lisa Marie. Skeptics believed Priscilla said, “It’s exactly what he said the other day,” before correcting herself to, “you said,” to Oprah. They also said Lisa Marie evaded answering Larry King’s question during an interview in 2003 when the host asked if she never feels “communication” with her father.

It’s safe to say Elvis’s death hurt a lot of people around the world, especially to his die-hard fans. Although some of these theories do sound interesting and might make you believe the King is alive, I think we can all agree that sometimes, just sometimes, our imagination gets the best of us. Could it be that the Graceland singer is still alive? If so, do you think the sightings are real? Time to get the autopsy report again and head to Tennessee.

Editor’s note: This article was originally published on February 15, 2019.