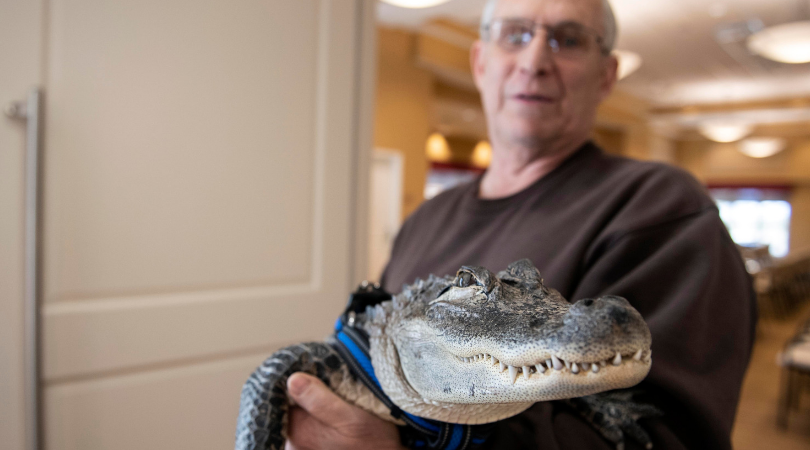 Henney acknowledges that Wally is still a dangerous wild animal and could probably tear his arm off, but says he’s never been afraid of him.

This article was originally published on January 24, 2019.

Watch: Slobbery Smooches: Why Does My Dog Love to Lick Me?