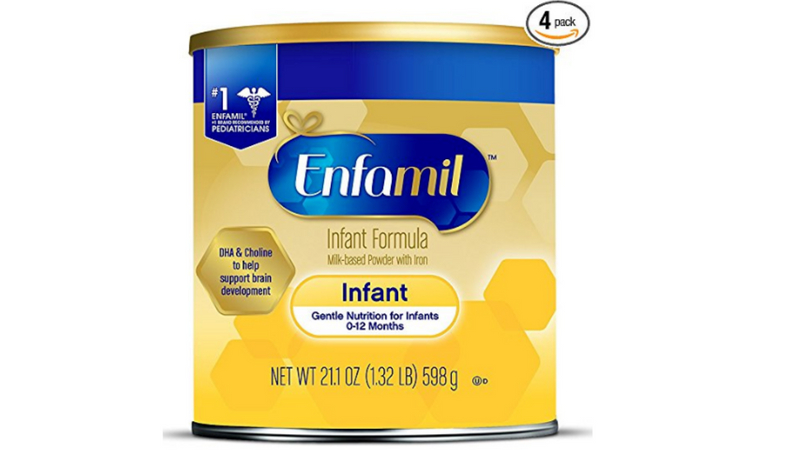 CVS is removing powdered Enfamil baby formula from all stores nationwide. A mother in Florida discovered her product didn’t look right, and realized someone had switched the product to all-purpose flour. According to ABC Action News, Alison Denning said that she went to CVS to pick up a container of Enfamil, which she has used many times before, and chose one that seemed untampered. The protective seal was in-tact on the lid, but after opening, she noticed something wasn’t right. She stated the sticker was not fully attached and the seal that wraps around the bottle was opened. She proceeded to smell the formula, which said smelled like typical baking flour. Afraid of the outcome, she went to a different store to buy another container and compared the two items, noticing the new one was grainier, was harder to pack, and had a slightly yellow color to it.

The mother of three alerted CVS about the incident, in which they offered her a full refund, and called the manufacturer to protect other children that might use the product. Mead Johnson immediately responded saying they would get the product tested, and sent her a shipping box overnight. Enfamil says this is an “isolated incident” and haven’t had reports of flour for the particular batch of formula, other than Denning’s. Through a statement, CVS stated they are planning to open an investigation into the matter and will be contacting the supplier as a matter of precaution. They have removed all Enfamil products from the store pending the outcome of the investigation.

CVS is pulling Enfamil powder from its shelves due to an internal review — after a mom found all-purpose flour in the container rather than baby formula. https://t.co/RzIfhB1bH4 pic.twitter.com/bVFd4StZ2e

The Pinellas County Sheriff’s Office made a report and will follow-up with Dennings and CVS. The Sheriff’s office is urging others not to switch the formula after it can be dangerous for children. This isn’t the first time a case like this has occurred involving flour. In Tucson, a woman was arrested after she was found guilty of swapping baby formula with flour at two Walmarts around the area.

Enfamil did state there is no recall on the product but says anyone who uses the formula should check the appearance on the package before giving it to their children. If parents are unsure about the formula, they can call the company’s hotline at 1-800-BABY123. The FDA urges anyone with a food process issue to report it in its database, so the company can investigate and find out the source of the problem.