18-year-old Jake Anantha of Charlotte, North Carolina, got a big surprise this week when he was asked to leave a rally held for Republican presidential nominee, Donald Trump.

In an interview with CNN, Anantha explained that officials believed he looked like someone who had been banned from previous rallies. Anantha believes that this amounts to him being removed because of the color of his skin.

“I told him I’ve never been to another rally in my life,” Anantha told CNN.  “I’m a huge Trump supporter. I would never protest against Trump.”

Though Anantha did not give CNN a full genealogical breakdown, he did tell the network that he identified as “half Indian.”

The newly registered Republican stopped short of saying that he would vote for former Secretary of State Hillary Clinton over the issue (he says he won’t) but did say that this may have changed his opinion of the Trump campaign.

“I couldn’t believe what was going on,” he said.
“Obviously, now I’m very angry. I’ve wasted a bunch of time coming here. I may have wasted six months of my life supporting Donald Trump, who doesn’t even let me come to his rallies.”
Anantha’s father later told the Charlotte Observer that the way the campaign treated his son was ironic.
“It’s unbelievably ironic,” Ramesh Anantha said. “[He] should have been looked at as a perfect Trump supporter. He should have been somebody they’re putting up on stage.” 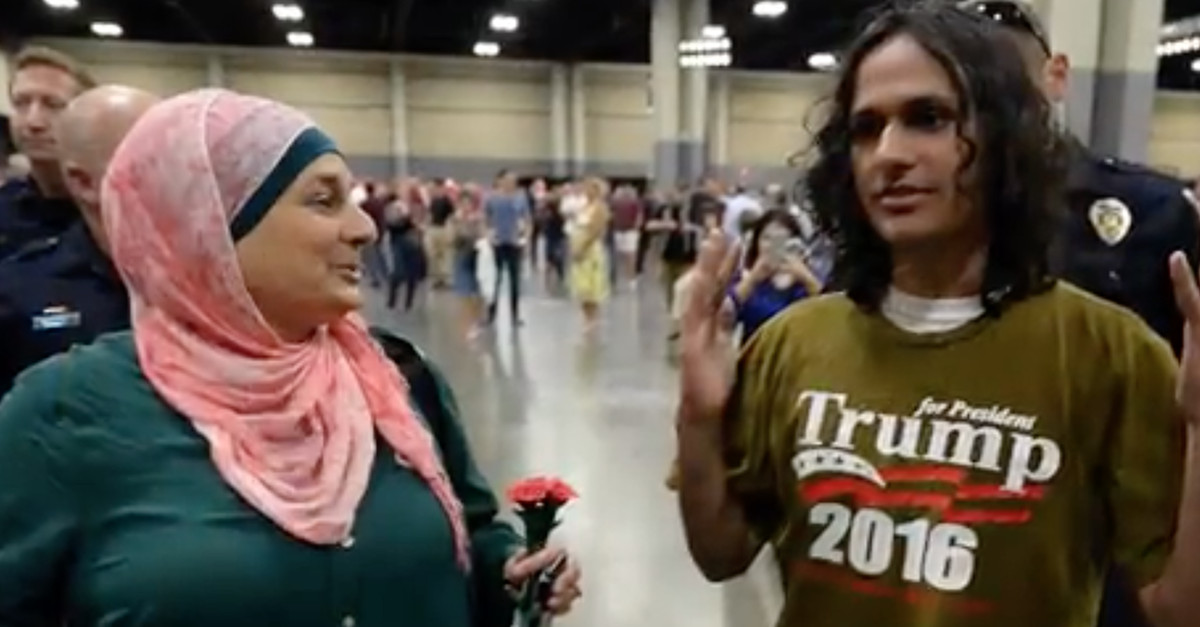