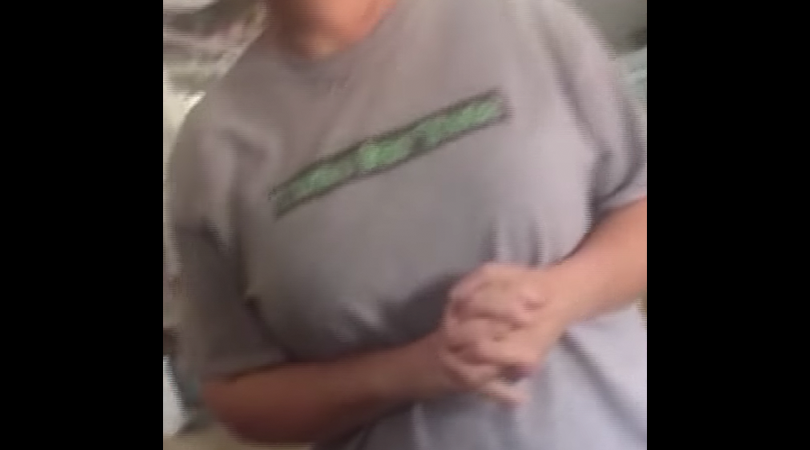 A white woman and event hall owner in Booneville, Mississippi who, based on this incident, has for sure read the New Testament roughly as few times as she’s read a physics textbook, was captured on video telling a black woman that her event hall would not host an interracial wedding “because of our Christian beliefs.”

The white woman in the video actually at first said “because of our Christian race” but quickly corrected to “Christian beliefs” because she didn’t feel like getting into how she had figured out that the Creator of an impossible to comprehend, infinite existence prefers Swedes to Nigerians.

The black woman she was speaking to, LaKambria Welch, asked the owner of Boone’s Camp Events Hall what part of the Bible she was basing this specific belief on but the woman declined to provide the passage, instead saying he preferred not to argue her faith. (Which is incredibly Christian of her. If there’s one person who never questioned a blind following of religious traditions and establishments it’s… Jesus? Wait…)

It’s extremely unclear where this Christian woman got her ideas on marriage from, though it definitely wasn’t from Jesus Christ. It wouldn’t be shocking if there was some Old Testament verse that could vaguely sound against interracial marriage if a bad enough actor felt inclined to twist it for their own nefarious purposes. Either way, this woman was clearly more interested in using her “faith” to justify her fake Christianity than listening to things Jesus himself suggested, like, “You shall love your neighbor as yourself.”

The woman didn’t even seem to care that the interracial couple are Christians themselves, as was also pointed by Welch in the video.

The town of Booneville responded with a Facebook post of their own after the video went viral.

According to Welch the event hall has since apologized to the family.

This story was originally published September 3, 2019.

Watch: For $300, You Can Be the Captain of a Mississippi River Pirate Ship