The family was vacationing at Carova Beach when a storm came up, and as they headed for their car, the boy was struck by a bolt of lightning.

While this child was caught in a storm that came up on his family suddenly, what many people don’t realize is that you don’t have to be in or even that near a storm to be struck by lightning.

Here are some facts about lightning and how close you have to be from its source in order to be struck.

First, what is lightning, exactly?

Lightning results from the action of rising and descending air within a thunderstorm as it separates positive and negative charges that are present in the atmosphere. The buildup and discharge of electrical energy between those positively charged and the negatively charged areas create lightning. Lightning goes three ways – between clouds, from cloud to ground, or from ground to cloud.

What are my chances of being hit?

Is it true I can be hit by a lightning bolt even if there is no storm near?

Yes it is. What happens is this: A so-called bolt out of the blue (lightning on a clear, blue sky day) is actually a cloud-to-ground flash that occurs out of the backside of a thunderstorm cloud, according to the National Oceanic and Atmospheric Administration. That lightning bolt can travel a great distance – up to 25 miles – from the storm cloud. The bolt then angles down to the ground. What makes them especially dangerous is that they do seem to come out of the blue sky, and people are not looking out for lightning if there is no storm visible.

How often does lightning strike and how powerful is it?

We mentioned before your chances of being struck are 1 in 3,000 if you live for 80 years. As a one-time shot at being hit, your chances are about 1 in 240,000. There are 25 million lightning strikes in the United States each year. A typical lightning bolt contains around 15 million volts of electricity.

How do I know when it is time to go inside if a storm is near?

If you can hear thunder, you are close enough to be struck by lightning. Thunder is not possible without lightning since it is caused by lightning. Thunder results from the heated air a lightning bolt creates. The heating of the air (around 50,000 degrees in the “channel,” or path, lightning  creates) causes high pressure, which, in turn, compresses the air nearby causing a disturbance and pushing it out in all directions. The  disturbance creates a shock wave that becomes a sound wave. That’s what you hear as thunder. It seems to rumble because the process is repeated the length of the “channel.”

I’m inside the house, so, not a problem, right?

Lightning really doesn’t care if you are inside or not. If it hits your house you can be injured. Best practices when lightning is around:

What’s wrong with seeking shelter under a tree?

Lightning, generally, will strike the highest structure around. However, you don’t want  to be under something lightning strikes. (Remember, that’s a general rule of thumb, not an absolute. Lightning can hit anything.)

But if I have rubber sole shoes on and I’m sitting in my car, I’m good, right?

Ok, forget about the rubber sole shoes, you may as well be wearing aluminum foil as far as the protection you’ll get. And while we have been told that the wheels on a car divert lightning, that’s not exactly true. What will protect you, to some degree, is the steel frame of your car (sorry convertible owners). While it won’t prevent injury, it can provide some protection as long as you are not touching metal in the car.

When am I most likely to be stuck by lightning?

Most lightning strikes happen in the summer, when atmospheric conditions make for thunderstorms. Of the 21 lightning deaths in the United States so far this year, 12 happened in July.

The place that receives the most cloud-to-ground lightning is Florida, specifically between Tampa and Orlando. That is the place where lightning  is most active, but lightning is also found everywhere else in the United States.

So what should I do if lightning threatens?

Remember this slogan from the National Weather Service:

“When thunder roars, go indoors!” There are about 300 documented injuries from lightning each year.

How can I stay safe from lightning?

Oh, and, lightning can strike twice in the same place. Save your money on that bet. 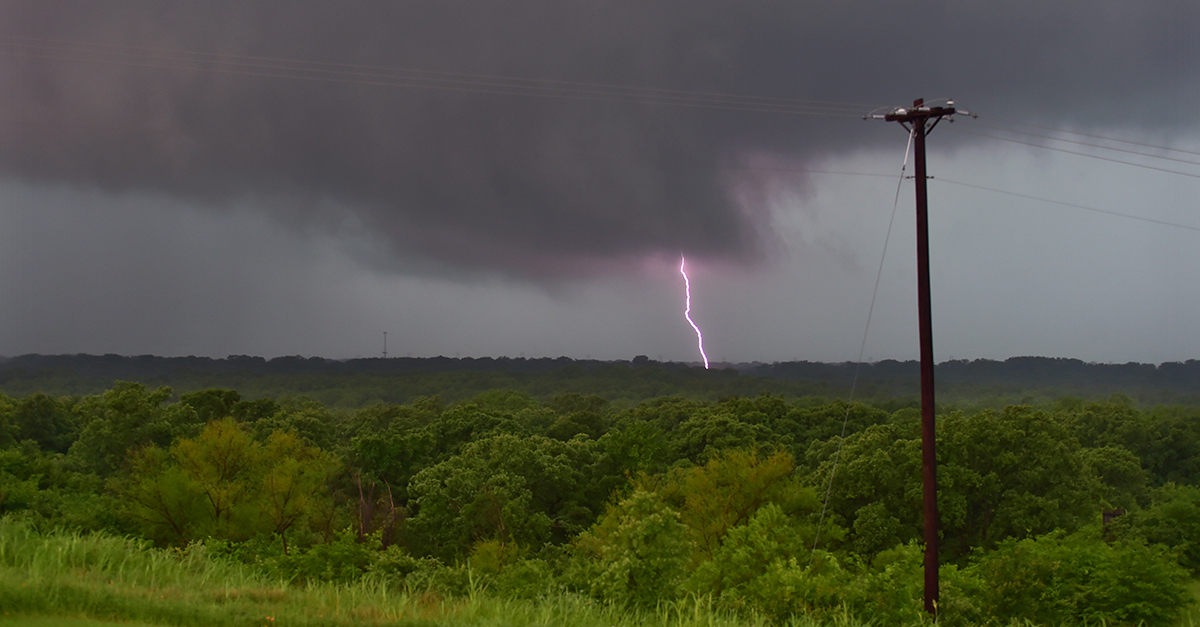