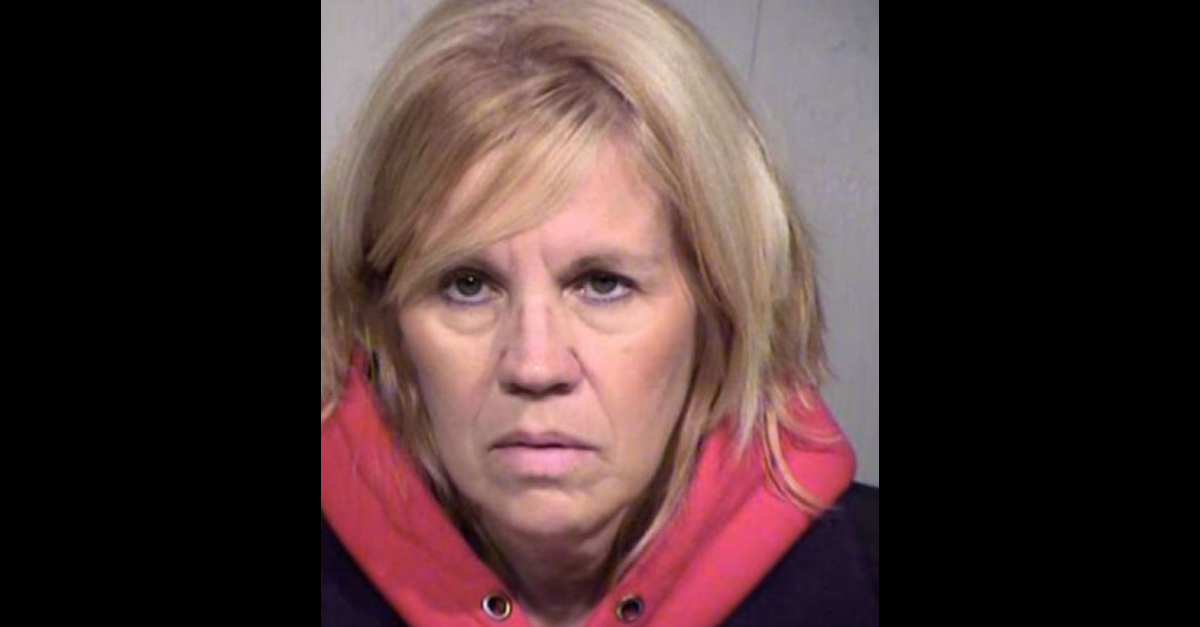 Hell hath no fury like a psychopath scorned, and this past September one man learned this lesson in the most panic-inducing way possible that doesn’t involve an ex putting a gun in your mouth. Arizona woman and God Empress of Crazy Ex-Girlfriends Deborah Britton went to Hull Elementary in Chandler, Arizona, which is her ex-boyfriend’s children’s elementary school, and hung nude photos of the man on the school’s fences. The photos showed the man’s genitals and were hung facing in toward the school so that children could see them.

Eventually, two girls saw the photos and reported them to the school, who promptly took them down and, presumably even more promptly than that, called the police and locked the doors as hard as anyone has ever locked any door. Ever.

Then, the man got a phone call that I can’t even say is a phone call “no man wants to get” because that would imply that anyone could even begin to imagine that this would be a possibility. But, yeah, then the man got a call that pictures of his penis were hung up around his children’s elementary school.

After, again presumably, restarting his heart and having what happened repeated to him a dozen times, the man contacted his ex-girlfriend because she was the only person he sent that photo to. The 55-year-old Britton was contacted by a detective and told the officer to go ahead and fingerprint those dick pics because there’s no way her fingerprints would be on them because she didn’t do a damn thing.

So they fingerprinted the dick pics and found her fingerprint. Of course. Britton was then told to turn herself in within the next 24 hours, which she did.

Britton has been charged with unlawful distribution of nude images and harassment. Someone buy her ex a thousand beers.

Editors Note: This article was originally published on December 27, 2018.