Faced with fines, Trump voter refuses to take down her massive signs 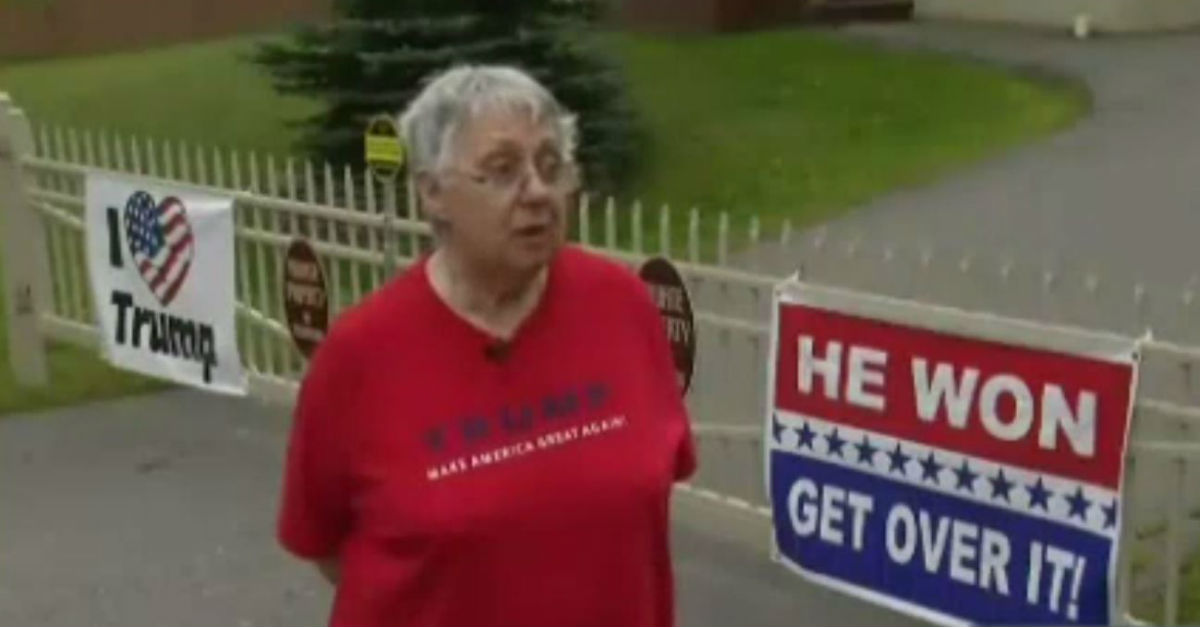 A Maine woman says she won’t take down her pro-Trump signs, even though her city is threatening her with fines. She even says she’d rather spend time in prison than have a non-partisan property.

Susan Reitman flies two banners on her front gate, one reading “I love Trump,” and another declaring “He Won, Get over it.” But not everybody shares her admiration for the commander-in-chief; a few days ago she received a notice from the city asking her to take them down. Reitman, who lives in Rockland, Maine, was shocked by the letter; she told the New England Cable News, “This is my freedom of speech. People have a right to voice their opinion.”

A city authority said that another resident complained and explained that according to the city ordinance, signs can’t be larger than 2 square feet. Reitman’s signs are ” larger than 3 feet by 2 feet.” He explained that residents need to apply for permits to put ups signs. If she doesn’t remove the signs by Friday, she faces a fine of $100 to $1,000 per day.

But Reitman is standing strong in her defiance, saying, “If I have to sit in jail for the rest of eternity, that?s my choice.”