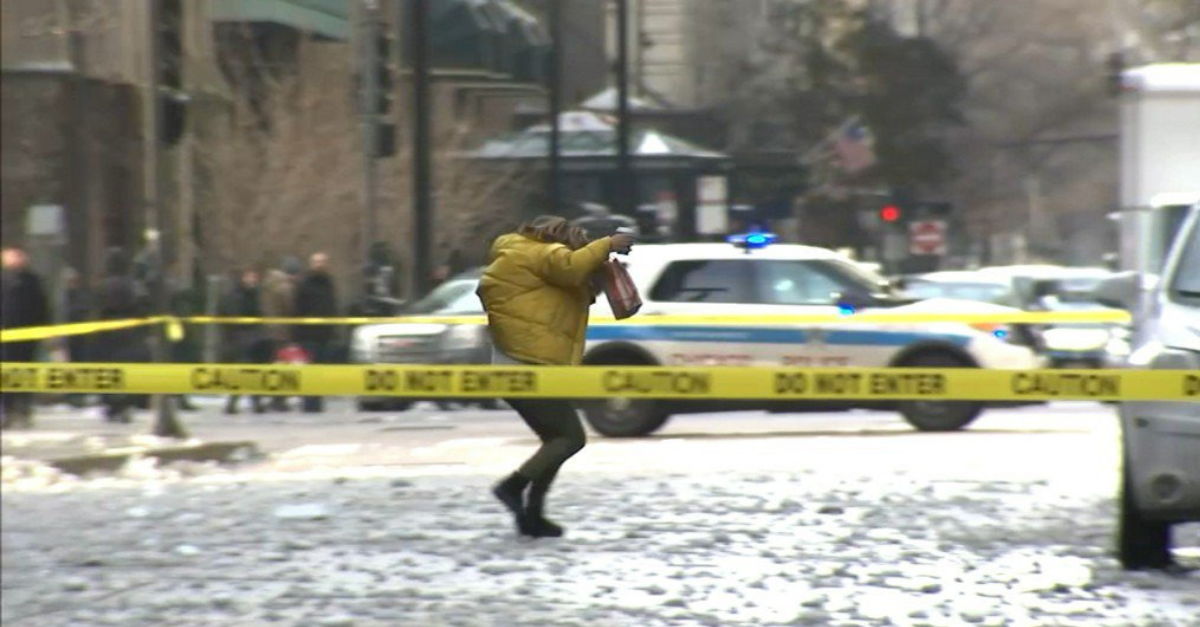 It’s 7 a.m. in Chicago. You’re walking to work from your train stop in the frigid cold. You’re tired. Not just physically but mentally and spiritually. Your mind is empty. Your soul is withered. The week has been long and your boss has spent the entirety of it up your ass. He pulled his office couch in there on Wednesday. Mercifully, however, it’s Friday. You just have to get to 5 p.m. Waiting on the other side is a beer. Or a glass of wine. 48 hours with friends. Or your dog or cat. Whatever. What’s important is that it’s over.

BOOM. So is your life. Because a giant chunk of ice just fell 80 stories and turned your skull into a bowl of Your Brain soup. You’re dead as hell. A terrible week had an even worse ending. At least your friends and family and the cops and firefighters who saw your obliterated body will remember you forever though.

That’s a real possibility in Chicago right now, by the way, because huge chunks of ice are falling from skyscrapers and exploding on the street below. People are running like crazy to get out of the way, cops are closing off streets, and cars are getting supremely messed up.

Check out these videos and pictures of ICE-AGEDDON in Chicago.

AMAZING: Giant chunks of ice are falling from the top of our building. [sound on]#chicago #iceicebaby pic.twitter.com/AeLfA1zlTz

Look out, ice is falling from the sky. Downtown Chicago has caution tapes and signs out to warn people of the large ice particles jetting down. Some Loop streets were closed to protect people from ice and police are on the scene now. pic.twitter.com/smEQEkVa9w

The falling ice has been particularly dangerous around the Hancock Building. Streets around the skyscraper are closed off. Multiple people had their cars struck by the giant, falling chunks of ice as they were driving, though fortunately no injuries were reported. On Chicago’s North Side a woman was taken to the hospital after being struck on the head by ice falling from a building, but according to authorities she is in good condition.

Watch: 4 WINTER BOOTS FOR WHEN THE WEATHER IS FRIGID