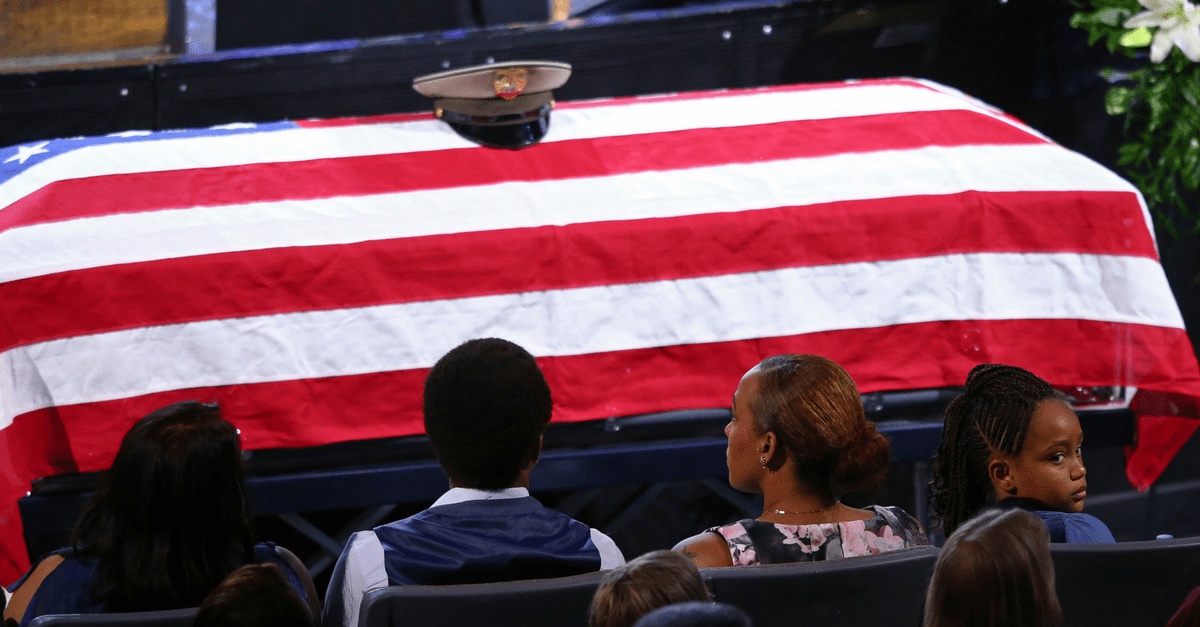 The mother of the Las Vegas police officer killed in the tragic mass shooting is with her son again after suffering a heart attack hours after his funeral.

Sheryl Stiles was in town to lay her son Charleston Hartfield to rest when she had a heart attack while riding an escalator and fell down it, sustaining damaging brain injuries in the process. With most of her family in town for Hartfield’s funeral, they made the tough decision to take her off of life support two days later.

“I was sitting up in the room crying,” her brother Lewis Stiles recalled hearing about the tragic news. “We came to bury my nephew and then the next thing we know, I have to bury my sister.”

Stiles’s family is currently working towards getting her remains back to Louisville where her family is located and have set up a GoFundMe page to raise the money to do so. They believe she died of a broken heart.

“I talked to the chaplain of Metro,” her cousin Cecil Ralston said. “He told me she kept saying, ‘Oh I want to stay, I want to be with Charleston,’ that she wanted to die.”

RELATED: Police officer, Iraq vet, father, football coach: One of the last Las Vegas victims will be laid to rest