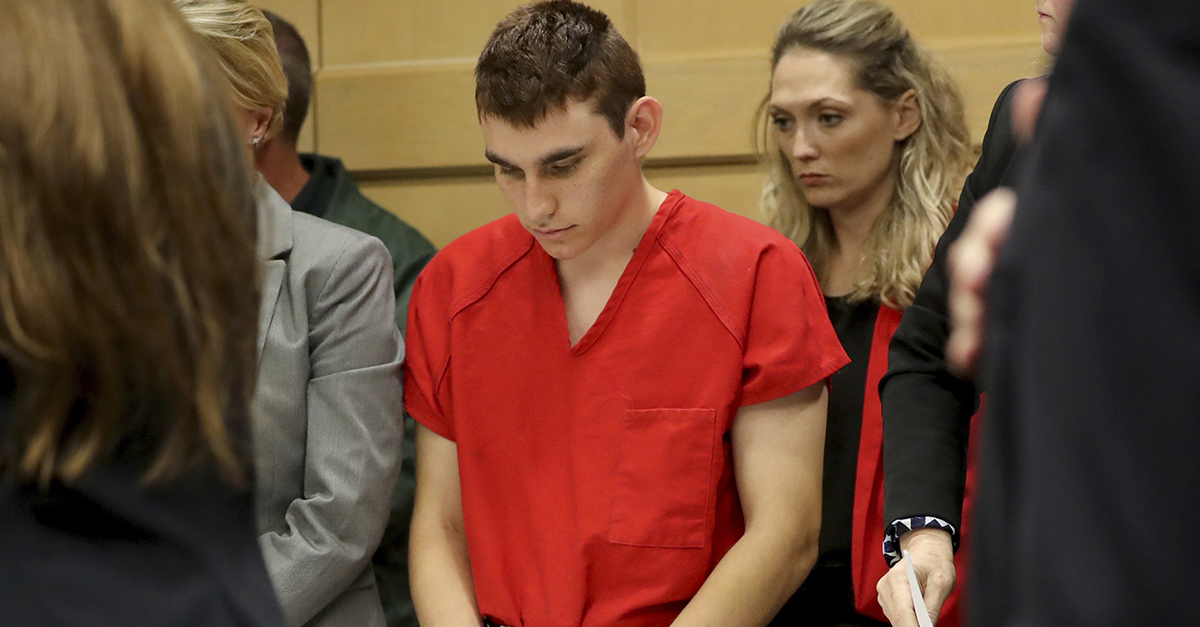 The lawyer for a South Florida family that took in accused Parkland mass shooter Nikolas Cruz provided The Palm Beach Post on Wednesday with chilling details about texts between Cruz and the family?s teenage son in the minutes before Cruz allegedly opened fire.

Cruz?s lawyers said he confessed to the shootings at the school.

Cruz was living with the Snead family in Parkland when he killed the 14 students and three adults at Marjory Stoneman Douglas High School on Feb. 14.

Lewis said in the days before the shooting, “There was nothing to give any clue that this was about to happen.

Authorities have said that, after the November pneumonia death of Cruz?s mother left Cruz and his younger brother, Zachary, orphaned, the two moved to the suburban Lantana home of family friend Roxanne Deschamps.

When Deschamps told Cruz he could stay only if he got rid of his guns, Cruz moved in with the Sneads in late November.

Six weeks before the shooting, Lewis said, James Snead had asked Douglas officials if Cruz, who had been expelled, could re-enroll. They said no.

It was James Snead who got a text minutes into the rampage from his son, saying there’d been a shooting at the school. The father was on the way to school to pick up the teen. The son “called back and said people were saying it was Nik. That’s when the father freaked out,” Lewis said.

Around that time, Lewis said, a Broward County Sheriff’s Office commander called James Snead to ask if he had a son named Nik.

RELATED: Uber driver who dropped off the Florida school shooter before his massacre breaks her silence

Snead explained Cruz wasn’t related, but was living at the house.

A short time later, Snead called the commander back to say he was worried because his wife, who’s a night nurse, was asleep at the home on Loxahatchee Road. Soon deputies were swarming the home. Snead?s wife was unharmed.

Lewis said Cruz had no contact with the family after that last text message, “Yo,” until the family saw him later that night. They’d come down to make a statement to Broward County sheriff?s investigators and saw Cruz through a window.

“That’s when Nik mouthed the words to them; ‘I’m sorry.'”