North Dakota farmer Gene Hanson has a firm message for NFL players protesting during the national anthem by kneeling for the song before games, and he plowed it into his field of bean crops.

“We stand for the national anthem,” the massive message, which spans the length of two football fields, read in response to the controversial protests.

Farmer Gene Hanson of Edgeley, North Dakota plows message for the NFL: “We stand for the National Anthem” pic.twitter.com/cohgNoEWr3

“I go with Trump on this one,” Hanson told Fox News. “If you want to protest, that’s not the place to do it. A lot of people died over our flag. We’re able to voice our opinion because of it. If you’re going to show respect for anything, do it for the national anthem.”

It took Hansen two tries and two hours to get his message right, as his first attempt was foiled when a passerby interrupted him with only two letters left to complete. He identifies as a Republican and an avid supporter of President Trump and is doing what he can to send his support to Washington, D.C. from his farm.

The farmer has become famous for the giant messages he carves into his 840-acre farm, which he photographs by flying his two-seater plane over them. Some of his previous messages include “Drain the Swamp,” “Blue Lives Matter,” “GOP, get your act together” and “Vote Trump.” He said he caught a lot of flack for his “Never Hillary” message, but “most responses have been positive.” 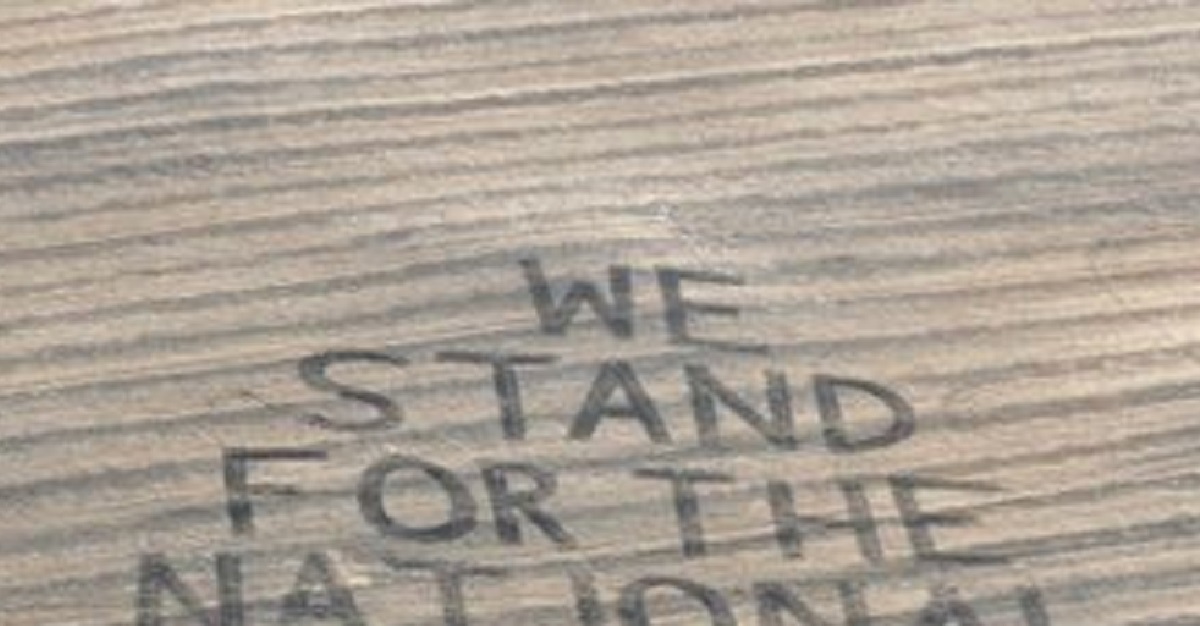