UPDATE: Father Kills Man Who Tried To Get Into Daughter’s Bathroom Stall 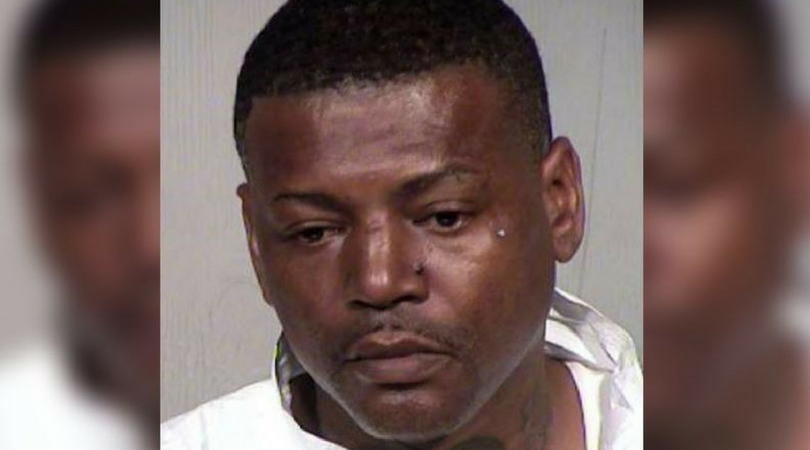 Diana Jackson, fiancée of Melvin Harris, is speaking out about the incident, stating Harris was in tears after learning about the death of 26-year old Leon Armstrong. Jackson, who is the mother of the couples 16-year-old daughter, told People, Harris did see Armstrong enter the store after his daughter, while he waited in the vehicle. It was, however, one of the daughter’s friends who actually saw the man go inside the women’s restroom and went to chase him out, later telling Harris what had happened. Harris told the register clerk and a security guard about the man and allegedly told a second security guard on site. The security guard reportedly told Harris it was the third time that day something like that had happened.

When they were leaving the scene, the daughter saw Armstrong walking, and Harris stopped the vehicle to go confront Armstrong. The daughter told authorities it was Armstrong who swung first, causing Harris to punch Armstrong in the face. Harris left the scene but authorities tracked him to his residence, where he first denied striking Armstrong. He was initially arrested on the charge of aggravated assault resulting in serious bodily injury, but after Armstrong died, the charge was upgraded to second-degree murder. Harris remains in Maricopa County jail with a $100,000 bond.

The family of Armstrong stated he suffered from schizophrenia, and although he did have a mental illness, he was never considered a pedophile of any sort. Armstrong’s family described the victim as a “kind-hearted and loving young man who is gone way too soon.”

A Phoenix father is accused of beating a man to death after the man allegedly tried to force his way into a bathroom stall occupied by his teenage daughter. Authorities stated the incident occurred on August 2, after 40-year-old Melvin Harris drove to a convenience store to pick up his daughter and two friends. His daughter then told him a man tried to enter her bathroom stall by barging in the restroom and shaking the stall door. The daughter identified the man to Harris, and he proceeded to tell store employees.

According to reports, Harris had met the man, identified now as Leon Leevon Armstrong, earlier that night, when he asked Harris for money. A security guard told Harris that the situation would be handled, but Harris decided to take the matters into his own hands after he saw no reaction from the guard. Harris approached the man and allegedly punched him in the face. The police report states witnesses saw Harris beating and kicking the man, while the victim was on the ground moaning.

Harris told police the victim had struck him first, and he didn’t remember striking the victim after the man had fallen to the ground. The victim was hospitalized with brain injuries and a broken nose, where he later died due to the severity of his injuries. After an investigation, authorities found Armstrong has his own criminal history of shoplifting, obstruction police, and trespassing. As for Harris, he is now facing a second-degree homicide charge for the man’s death and is being held on a $100,000 bond.