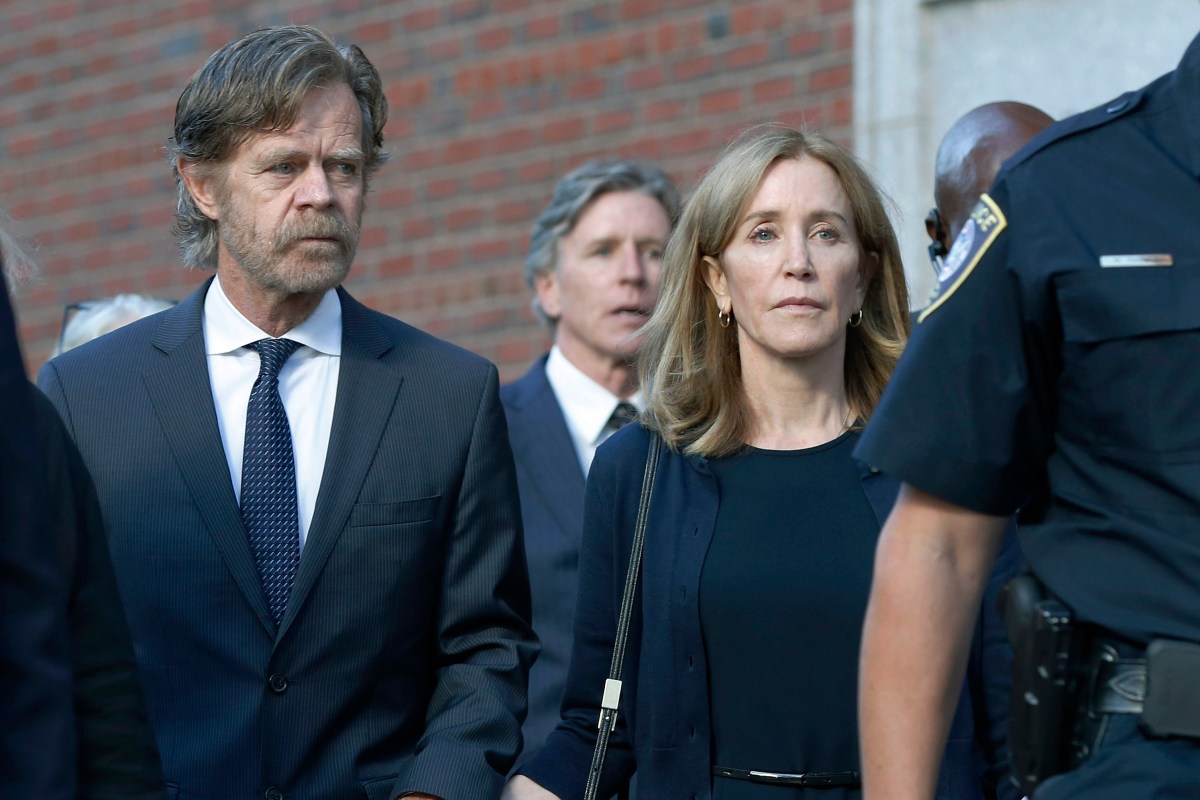 Desperate Housewives actress Felicity Huffman was sentenced to a leisurely 14 days in jail for her role in the largest college admissions scandal ever prosecuted by the United States Justice Department. Huffman’s lawyers asked that she not serve any jail time at all (presumably while pointing between their client’s face and a TV screen playing her reel). Prosecutors, on the other hand, requested a sentence of one month but ultimately the court settled on fourteen days. Huffman will also have to pay a $30,000 fine (roughly the equivalent of one day of work for her) and perform 200 hours of community service.

Huffman earlier pleaded guilty to paying college admissions scammer William “Rick” Singer $15,000 to get her daughter’s SAT scores changed because apparently they were bad enough that a 15-grand donation to whatever school she wanted to go to wasn’t gonna cut it. Singer, 59, also allegedly took massive bribes from Lori Loughlin, known best as Aunt Becky from Full House, so that he could get her two daughters into the University of Southern California by posing them as rowing team recruits.

It’s good to see that Huffman got at least a little jail time, because zero jail time would have felt like zero consequences (even though that wouldn’t quite be true). What Huffman and these other rich parents with halfwit kids who will inevitably still get higher-paying jobs than all of us as terrible actors, producers, DJs, etc. did wasn’t evil or even exactly awful. It didn’t really hurt anyone either. Not in any sort of drastic sense. The less-advantaged kids who had their spots taken at Georgetown, USC, Harvard, and so on by these rich kids weren’t relegated to working the fryers at a White Castle. Or even going to Southwestern Louisiana Technical Swamp Mining College (go Mud Rats!). They most likely just got a spot and scholarships at another, slightly less great university. They got screwed, not destroyed.

For what it’s worth, Huffman’s daughter had no idea what her mom did, and is reportedly still furious with her mother about it. It has apparently damaged their relationship quite a bit. Good on the kid for having some pride. Huffman also considered paying Singer to do the same for her younger daughter but ultimately decided against it. Huffman’s husband, Shameless actor William H. Macy, has not been charged with any crimes.