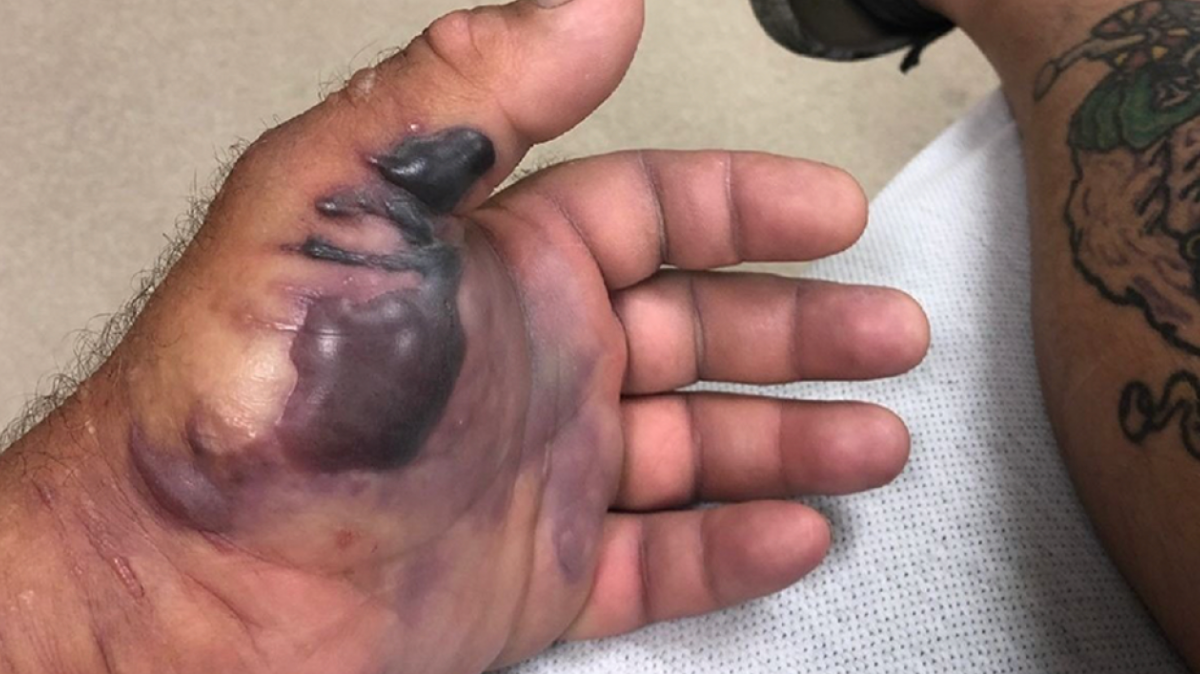 According to WFTS, the man, Mike Walton, is being treated for a flesh-eating disease known as necrotizing fasciitis, which is a bacterial infection that is extremely rare in the U.S.

Walton claims that during his fishing excursion, which was 20 or so miles off the coast from Palm Harbor, he was pricked by a fishhook during the trip but didn’t think much of it at the time, as it happens regularly. However, by Saturday Walton said he went to the hospital to get antibiotics because his hand was swelling. On Easter morning his hand was even more swollen and covered in black bubbles. It was then that he was rushed to Tampa General Hospital.

Doctors were able to treat the infection but told Walton that he was lucky to not only keep his hand but to be alive at all. Walton said that doctors sliced all the way down his arm to relieve the pressure and then gave him a skin graft from his elbow. The man could, at one point, literally see his tendons and bone. Not a great end to a fishing trip. Not quite Jaws-level bad, but not great.

Ultimately Walton, who is a construction worker, will be fine but sidelined from work for a while as his hand and arm heal from the evilest looking disease that’s ever been photographed. And also maybe probably not ever fishing again. (Seriously man, it’s time to hang up the rod and start going to see movies or something.)