A Florida family woke up to fifteen pounds of Italian sausage that fell from the sky onto their home and property in Deerfield Beach, according to WPLG.

The family is understandably puzzled.

RELATED: Which McDonald’s breakfast items are healthy, and which have supersize servings of fat and sodium?

The packages were marked with “William Land Service,” so the Adair family went online and looked them up, finding a company in Huntsville, Alabama.

“I called them and the guy had no idea what I was talking about and probably thought I was crazy,” said Austin Adair. But the New York Post reports that the Adairs called a land clearing service that spells it “Williams,” not “William.”

Williams Land Service co-owner Garnet Williams told the Post that the errant roof meat was “funny to us,” but that the company has “no idea” what happened to the Adair family.

Jennie Adair, Austin’s mother, believes the meat fell from a plane, and may be part of a drug deal. “I thought possibly it was something to do with a drug deal or something […] I would love to know what really happened, because it’s just so, so odd.” 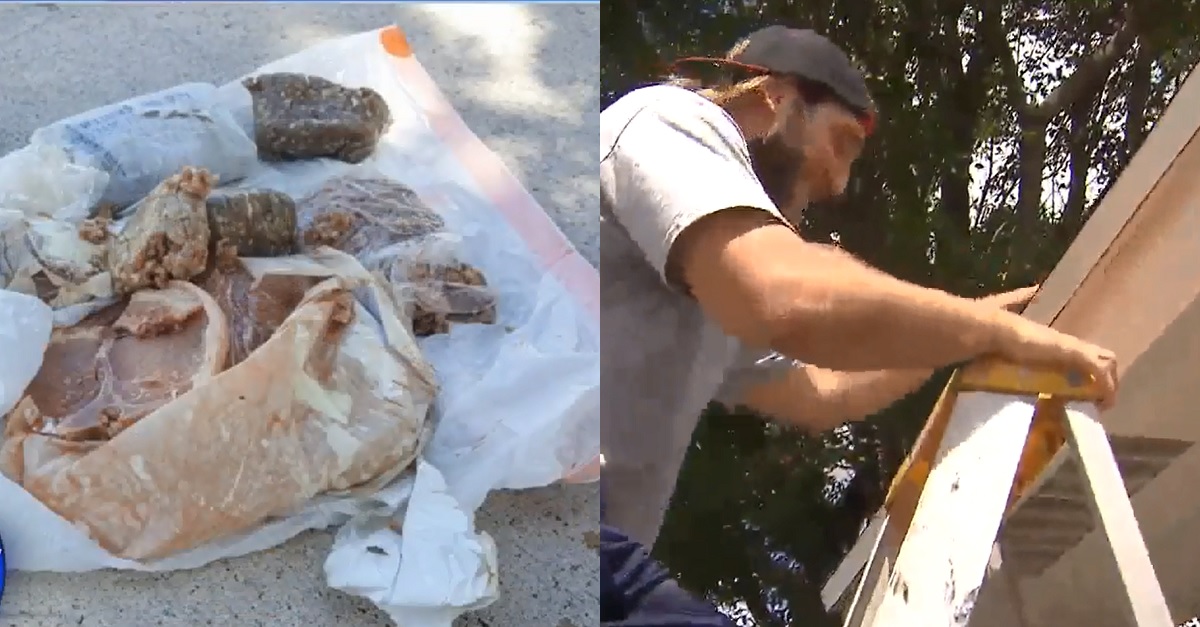