In the aftermath of Hurricane Irma, locals in Melbourne Beach, Florida, were stunned to discover a new landmark on their shores — a mysterious “ghost ship.”

While it’s a lot more modern than the Flying Dutchman, the Floridian ghost ship has raised a lot of spooky questions. Onboard the ship were a number of mannequins and a velvet rose. A curious passerby who couldn’t resist a peek noticed the old sailing joke “beatings will continue until morale improves” scrawled across the wall, WSAV reports.

According to records, the boat was built in 1974 and makes port in Key West. However, the owner of the ship is currently in prison, USA Today reports.

By the time authorities arrived on Wednesday, the electronics were already stripped from the vessel–either by the previous owners or a looter.

RELATED: A post-Irma sinkhole devoured a couple’s home of 49 years in a terrifying video

Unfortunately, the ship will take a while to remove, as it’s much larger than officials are used to dealing with. But, there are still several questions — was it washed out to sea by Irma or abandoned weeks or even months ago? Was anybody on board, and what’s with the mannequins? We may never have all the answers, but for now, the residents of Melbourne Beach have an eerie new attraction. 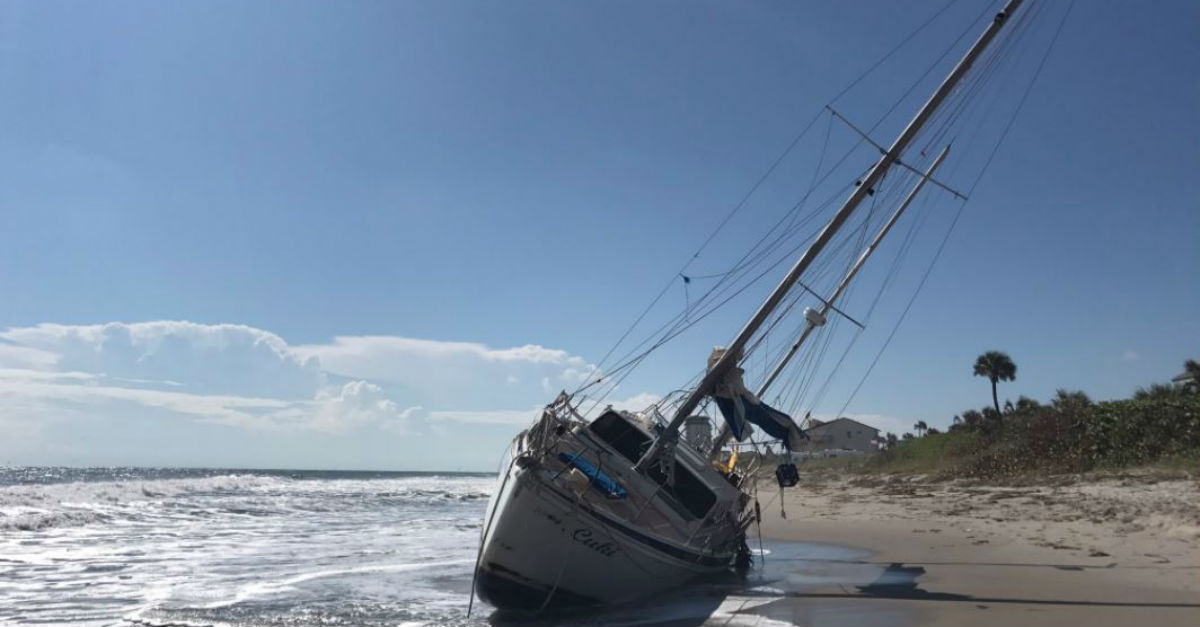