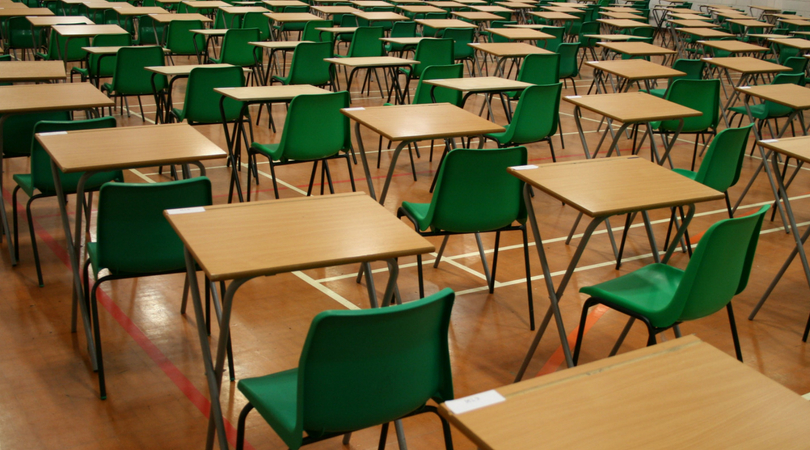 Editors Note: This article was originally published on August 13, 2018, after a state law required all Florida public schools to post the phrase ?In God We Trust? in a conspicuous place on campus. It was updated on February 5, 2020, after Palm Beach County school board approved to replace the sign with a state seal in September 2018.

Several county schools compiled by posing the sign in boldface paper printouts, usually around the school?s main office. After complaints from teachers who saw the signs as an ?affront to the principle of church-state separation,? the schools officially decided that posting the state seal would be less a conspicuous way to comply with the law. The seal includes the phrase in small print and consists of an image of a Native American woman scattering flowers underneath a palm tree while gazing at a steamboat. The image is encircled by the phrase ?Great Seal of the State of Florida: In God We Trust.?

After complaints, @pbcsd schools will replace ‘In God We Trust’ signs with state seal https://t.co/QjXFw81AAC

Officials have stated that every public school in Florida needs to display ?In God We Trust? in a ?conspicuous place.? The requirement, which passed the House, had looked dead in the Senate, but then was added to a separate bill. It was then that the lengthy and controversial education bill, HB 7055, was approved by both chambers. The bill was signed in March by Gov. Rick Scott and was part of the nations’ first ever private school voucher program for bullied students.

Under Section 1, Subsection 4, the Bill states,

The measure was sponsored by Florida House of Representatives, Kimberly Daniels, D-Jacksonville, who currently runs a Christian Ministry. She described how the motto is inscribed on halls in the great capital and is inked on our currency. Daniels believes it should be displayed, in order for children to be exposed to and educated on the motto. She also argued how the bill is a part of the country’s founding principles, which is why something ?great should not be hidden.?

The motto has been a part of Florida’s state seal since 1868 and has been on the state?s flag since 1900, but according to the Florida Department of State, it has only been the state motto since 2006. Several parents and education advocacy groups have stated they are against the sign after Daniels announced there would be a cost for school districts to display the motto. As of now, there is no estimate on the cost.