What Did the ‘Florida Joker’ Get Arrested For? 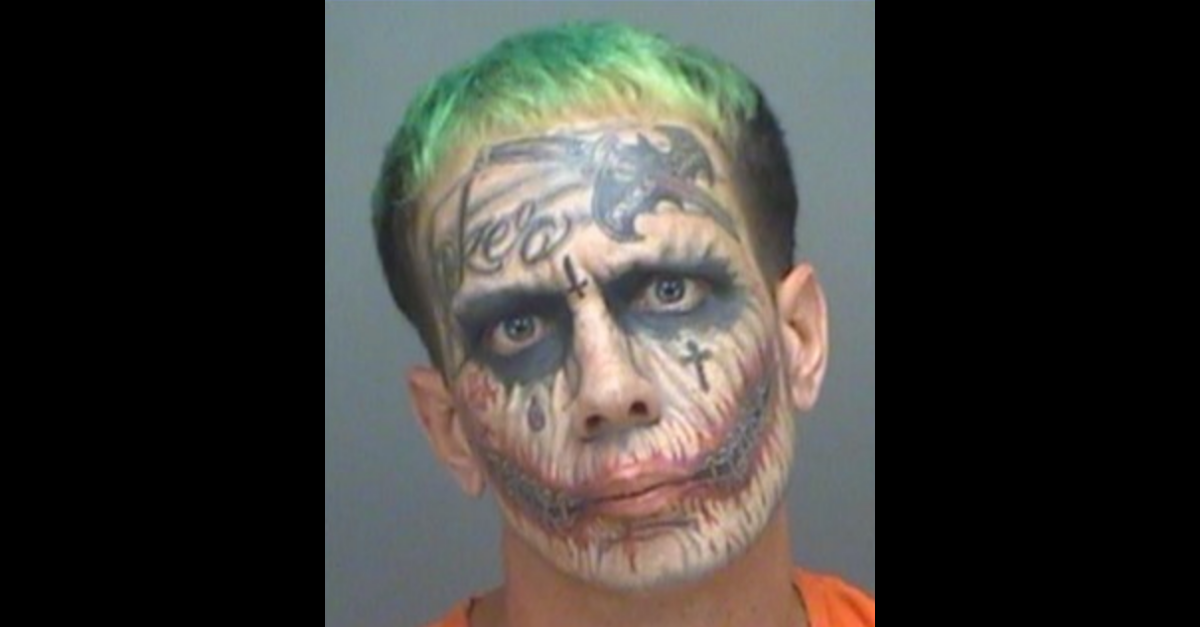 Check this guy out. He’s from Florida (of course he is). His nickname is The Florida Joker because, well, look at this nightmare. He recently got arrested (again) for something. Let’s take some wild guesses at what it was real quick.

Did he light an ambulance on fire? Did he grope a police horse? Was he caught masturbating in some kid’s treehouse? Did fake a near-drowning in a public pool in an ill-conceived attempt at getting settlement money? Did he try to rob a Burger King by threatening to strangle the cashier with his shoelaces? Did he order a sandwich at Publix and then have sex with it? Did he walk into a KFC with a dead pigeon and demand they cook it for him? Did he use a shoe at a bowling alley as a toilet? Did offer free rides to the polls for black voters? Did he let an alligator loose in a preschool? Did he threaten to kill someone over a half-empty can of Miller High Life? Did he scream at a stop sign until the police were called? Did he put up a listing as a hitman for hire on Craigslist?

Unfortunately, the real details aren’t that interesting. Lawrence Sullivan, 30, was arrested Tuesday in Pinellas County for carrying a concealed weapon. Nothing too exciting. He wasn’t even trying to kill Batman. Or even bats. Plus, no Harley Quinn to be found. Truly an anticlimax.

In the past, the Florida Joker has been arrested twice for marijuana possession (shouldn’t even be a crime) and once for allegedly pointing a gun at passing cars (very much a crime).

The Joker claims that when he was in jail he was something of a celebrity. Definitely not a guy to be messed with. I don’t care how big and tough you are, when that guy walks into your cellblock you just let him be.