What the alligator farmworkers did not find, thankfully, were any leftovers, because no one was eaten. Bitten? Oh yeah. But eaten? They probably should have been, but no. The Florida man responsible for breaking into the St. Augustine Alligator Farm and falling into a crocodile pit was found a little ways away, naked except for his boxers, and bleeding from bites on his foot.

The St. Augustine Alligator Farm released security footage of the man who fell into the pit. He appears to be not sober, but that’s just a (really good) guess. The man is seen stumbling around the park before falling into the water.

Yeah Sure, This is a Great Idea

When the workers arrived they found a pair of shorts and rubber Crocs sandals floating in the crocodile exhibit. They assumed it was a prank at first. You know, “Ha! Crocs and crocs!” But all the blood they saw right after that tipped the workers off that the situation might be slightly more serious.

When the police were called they informed the alligator farm that they probably already had the perpetrator in custody, as they’d recently arrested a mostly naked man who was complaining about being bitten by an alligator.

The St. Augustine Alligator Farm noted that none of the crocodiles in the exhibit were harmed, because of course they weren’t. The only way this guy could’ve hurt the crocodiles is if they choked on him while feasting. Or if he was so high that the crocs, in turn, got high from eating him and bumped into the walls of their exhibit too hard.

This article was originally published on November 6, 2018.

Watch: The precious toddler tragically killed by a gator in Florida has been laid to rest 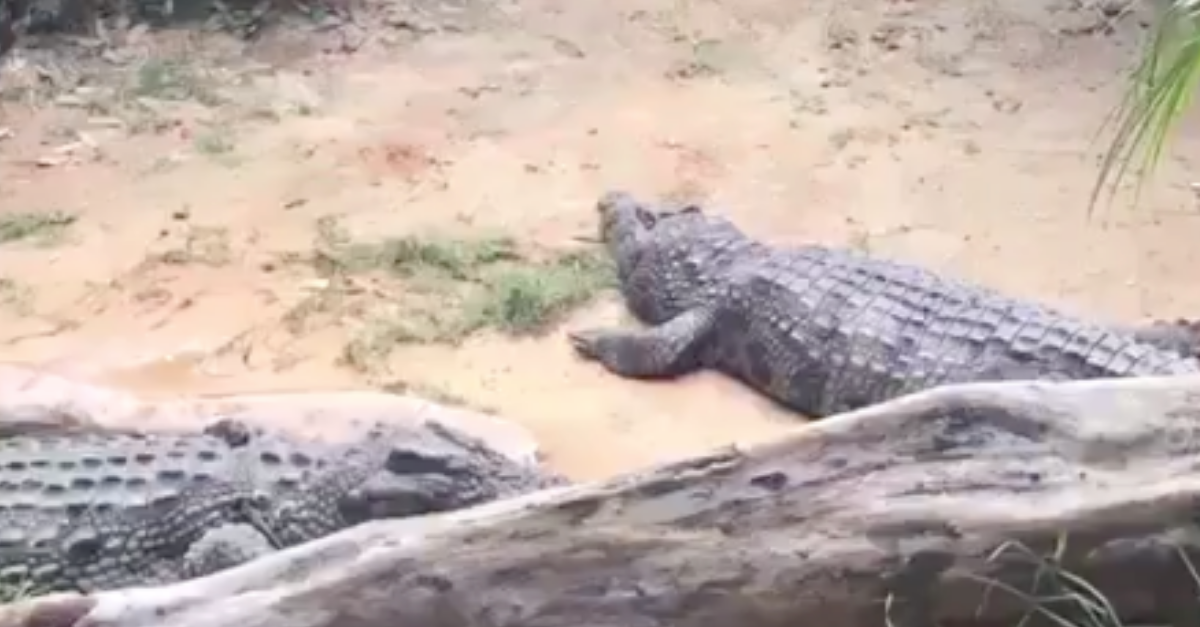