The beaches of the Florida Panhandle are being beset upon by something weird and gross, even by Florida Panhandle standards. The home of Panama City Beach, FLORA-BAMA, and springtime beach activities so unhygienic that even the seagulls think they’re disgusting, is currently experiencing a pestilence of microscopic jellyfish being colloquially referred to as “sea lice.”

The sea lice are jellyfish larvae also known as “thimble jellyfish,” but will heretofore to be referred to (in my mind) as “Neptune’s herpes.” Their stings cause small, red, irritable bumps, small blisters, skin irritations, and red rashes that appear on a person’s skin.

While the sea lice aren’t all that dangerous, Pensacola beach lifeguards are still flying purple flags to warn about the baby jellyfish, because coming into contact with the marine life while visiting one of these gulf coast beaches will still probably require some level of medical attention, according to Fox News and the Florida Department of Health.

The health department also advises that people seek medical treatment if they were exposed to sea lice, but said some may be able to use home remedies including rubbing alcohol, witchhazel and Epsom salts, to relieve discomfort. 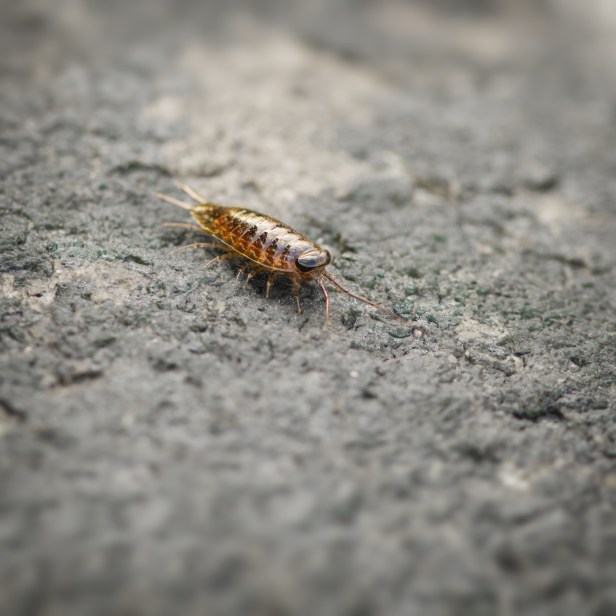 Fortunately, as First Coast News reports, the effects of sea lice are neither long lasting nor all that intense. This according to Dave Greenwood, director of public safety for Pensacola Beach.

“They aren’t very intense, which is why we call them sea lice and not sea hornets or sea wasps,” he said.

Sea lice are common on area beaches during the summer as the waters warm, he said.

Sea lice cannot live outside of the warm saltwater and do not remain on a swimmer’s body after they leave the water, he said.

“It’s just one of those you have to deal with when you go into the Gulf of Mexico,” he said. “You are a land animal and the Gulf is not our native environment.”

“It’s just one of those things you have to deal with.” That quote almost sounds reassuring, until you look at the picture again and think, maybe, getting an STD from the ocean is not actually something one should expect when taking a casual swim.

You need to think outside yourself, sir. We’re not all from the Florida Panhandle. Most people, in fact, do not expect to get a rash just from being somewhere. That is a panhandle problem. That’s like going to Australia, getting bitten by a giant, super poisonous spider, and being told, “Oy, yeah, that’ll ‘appen mate. Yuh gunna die now. Surry. That’s ‘Straya for ya.”