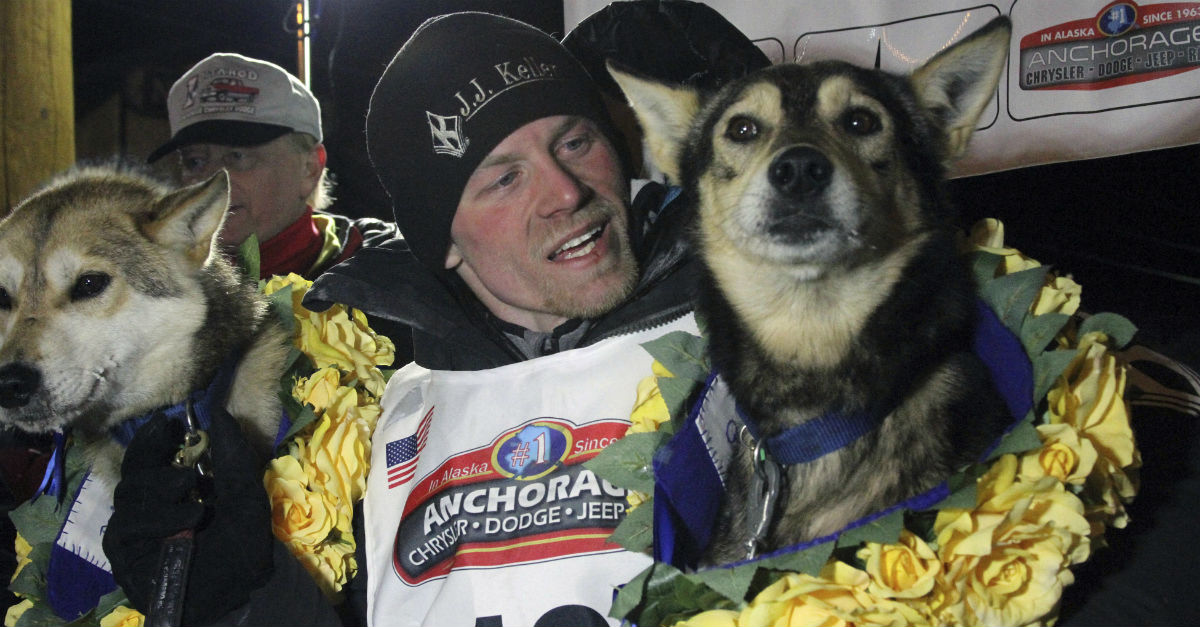 A storied musher, who has won the world-famous Iditarod Trail Sled Dog Race on four occasions, is out of the race after his dogs tested positive for an opioid pain reliever.

Dallas Seavey won the grueling 1,000-mile race in 2012, 2014, 2015 and 2016 and was among the favorites to win the title this year. The occasion marks the first time that a dog has tested positive for drugs in the history of the race. The 30-year-old musher is considered one of the most promising racers alive, his father won the title three times and, at 25, he was the youngest champion in the history of the race, The Washington Post reports.

News that a dog tested positive broke last week but Seavey’s name was not released until Monday. Following the announcement, he withdrew his name from the race but denied drugging his dogs, saying “I have never given any banned substance to my dogs.” Seavey believes that his dogs were given the drugs maliciously. He noted that he knew his dogs would be tested and that it would be foolish for him to drug his animals.

Race officials have been testing the dogs for the past 23 years, but only the top 20 finishers are tested. The dog race has been held since 1973 and traces a route that is centuries old and was used by natives before being cleared by the government in 1908.