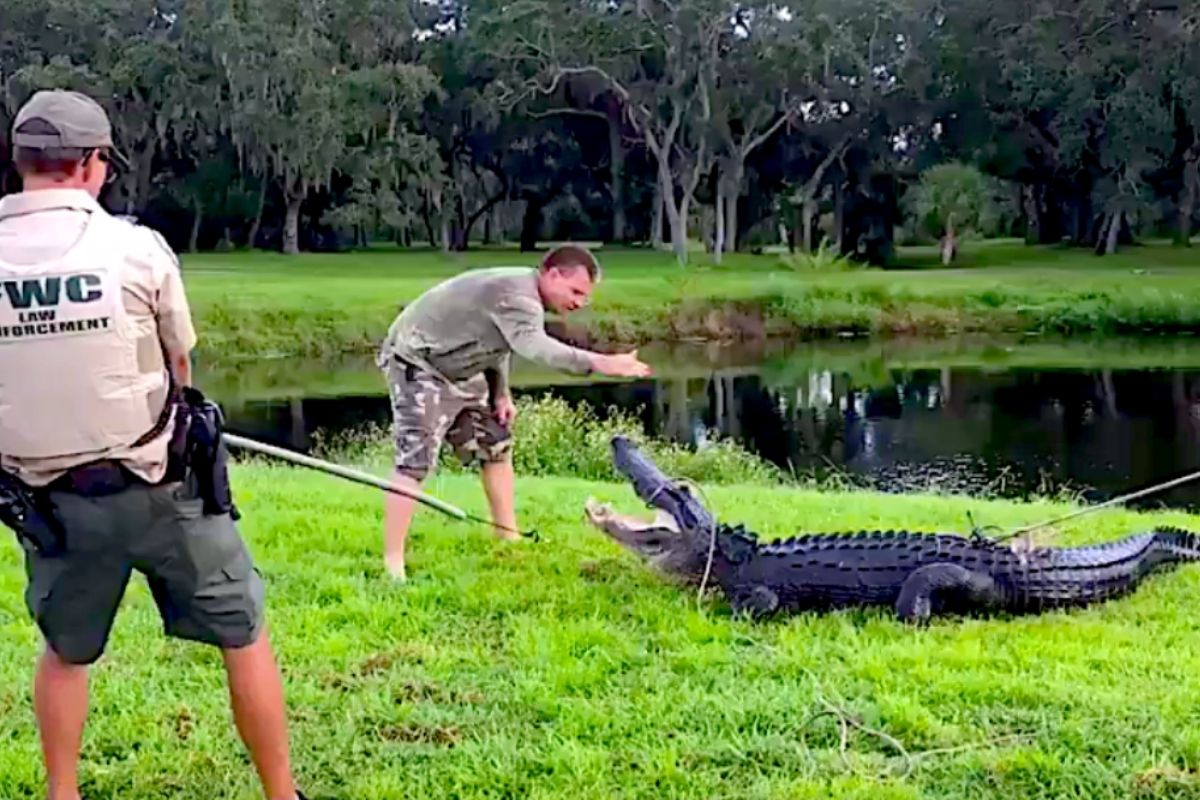 If something goes into the water in Florida you just leave it. It’s gone forever now. That’s the rule. Because if you do try to retrieve your lost item there’s a 100% chance that whatever pond or marsh or swamp or lake or river it fell into has a murderer’s row — literally — of demon beasts hungry for your blood laying in wait beneath the surface.

A gator, a python, or a monitor lizard are probably lurking, ready for you to reach out for the Superman flatbill or something else on brand for you, the Floridian in question, that was dropped into the water on accident. Then, once your flip-flop or the Female Body Inspector badge you won from a Dave and Busters claw machine is just within reach, BAM, you’re getting pulled under by an apex predator. Even a Florida puddle probably has some skin melting bacteria floating in it. If your possessions touch any untreated water in Florida just abandon them.

This infallible natural law held true for one Florida man, Richard Peel, 35, who was playing disc golf at Cliff Stephens Park in Clearwater, Florida when he was attacked while trying to retrieve his disc from a pond, according to the Clearwater Fire Department.

We are on scene of incident where alligator bit a disc golfer. pic.twitter.com/x3pX4CcNW9

Gator who bit a disc golfer is hauled out of the lake by trappers and @MyFWC pic.twitter.com/hhJVv5Eki3

Trappers work to corral the gator at the park after a man was bitten. pic.twitter.com/MSODnBVOKP

Gator is about 11 feet long. Has been plucked from the lake by @MyFWC and trappers. pic.twitter.com/M54fJMbd5h

Getting the gator ready for transport. pic.twitter.com/XAPZWHvoHA

The alligator who bit the disc golfer is loaded onto a trailer. @MyFWC pic.twitter.com/oxpBkBO7eG

The gator started to pull Peel in, but witnesses to the attack locked arms and rescued Peel from his Darwinian fate. According to the Florida Wildlife Commission, the gator was actually seen in the pond prior to Peel going in there.

Peel weighed the possibility of being mauled by a giant alligator against losing a disc from his disc golf set and proceeded to go into the water to get the disc. This is the Florida version of a Midwesterner continuing to barbecue during a tornado warning.

A second smaller alligator was also removed from the pond after it was deemed inevitable that people were going to keep wading into the pond to retrieve their eight dollars worth of plastic.

Editors Note: This article was originally published on September 11, 2018.