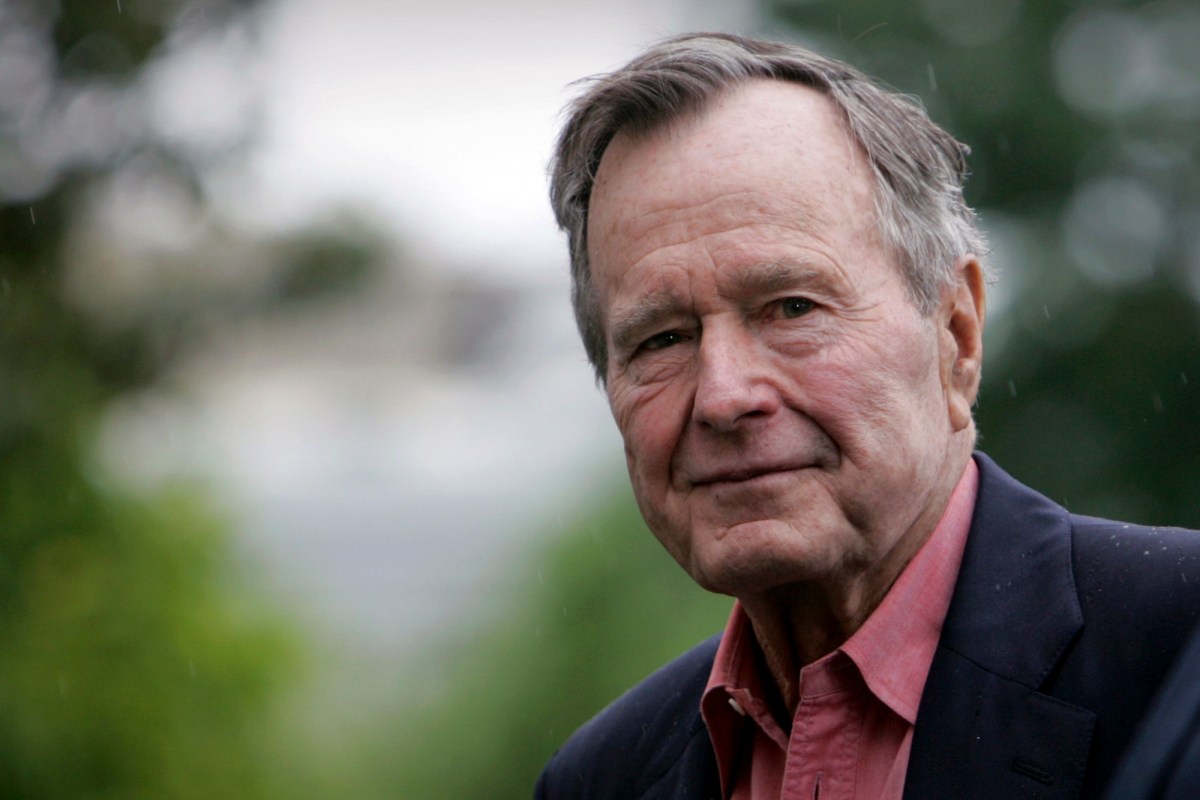 The 41st President is still surprising us with his good deeds after his death. It was revealed early this week by CNN that Former President George H.W Bush secretly sponsored a Filipino Child for 10 years and corresponded as pen-pals. Get the tissues, this story is simply heartwarming.

In 2001, while attending a Christmas concert in Washington D.C., Former President George H.W Bush raised his hand when the band started handing out pamphlets sharing the mission of Compassion International, a Christian child sponsorship organization. The program supports children in 26 countries with sponsorship programs for as little as $38 dollars a month. This money goes towards education, healthcare, food, and recreational activities.

Wess Stafford, the former president of Compassion International, told CNN that Bush’s security team wasn’t surprised that the president raised his hand to find out more information. “His top security called me and said ‘this doesn’t surprise me coming from him, but if he’s going to sponsor this kid, we need to make sure the boy doesn’t know who his sponsor is.’ So, he signed all his letters to Timothy as ‘George Walker,'” Stafford said.

Shortly after selecting a child from the Philippines, President Bush sent his first letter.

Dear Timothy,
I want to be your new pen pal.
I am an old man, 77 years old, but I love kids; and though we have not met I love you already.
I live in Texas – I will write you from time to time – Good Luck. G. Walker”

The pair began to correspond regularly, and President George H.W. Bush would always find a way to add little hints about identity in his letters. In one letter he shared a picture of his dog, Sadie.

“Here is a picture of our dog,” he wrote. “Her name is Sadie. She has met a lot of famous people.”
“She is a very good dog she was born in England. She catches mice and chipmunks, and she runs like the wind. G. Walker.”

In another letter, the former U.S. President hinted at being invited to the White House for Christmas.

“Dear Timothy,
I love that picture of you holding that ‘World Time’ gadget. I also have learned that you play the guitar – terrific!
Timothy, have you ever heard of the White House? That’s where the president of the USA lives.
I got to go to the White House at Christmas time. Here is a little booklet that I got at the White House in Washington.”

It wasn’t until Timothy turned 17 and he graduated from the program that he learned that his sponsor was once the President of the United States.

Watch: The 5 Good Luck Foods Every Southerner Has on New Year’s Day