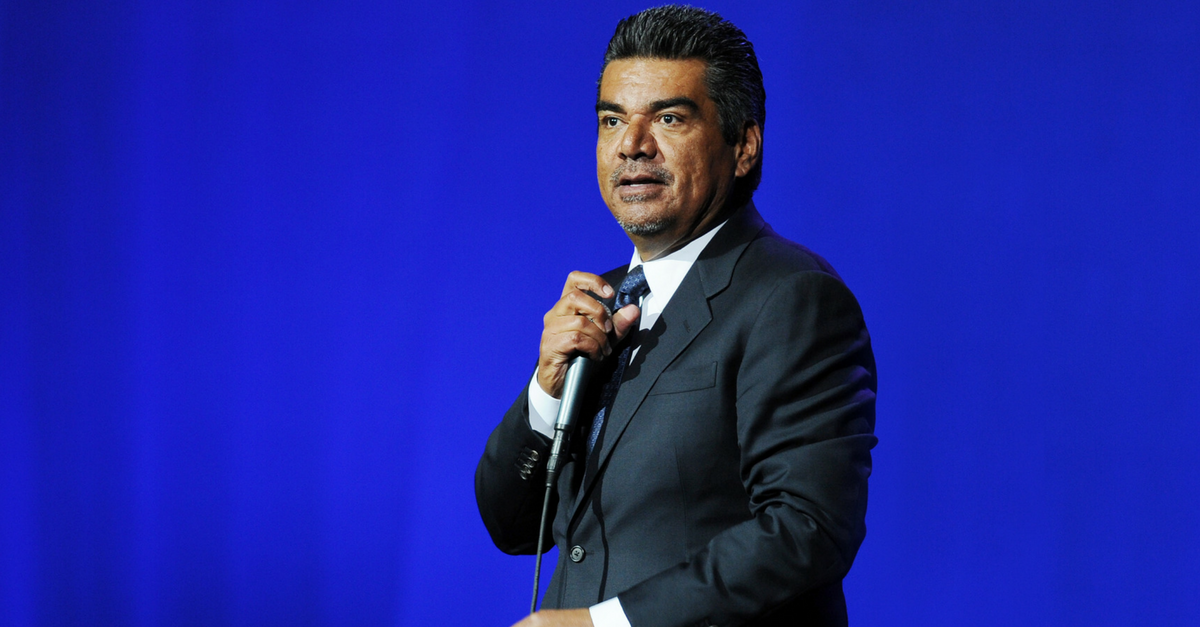 While speaking at a gala for juvenile diabetes this week, comedian George Lopez was reportedly booed off stage after making several poorly received jokes about President Trump.

Trump backer and Liberty Media CEO Greg Maffei, who donated $250,000, asked Lopez to tone down his anti-Trump jokes at the Carousel Ball. The comedian, however, refused to stop.

?George was asked nicely to stop making Trump jokes by a man in front row [Maffei] who just donated $250K,” attendee at the event said. However, “George doesn?t, continues. Gets booed.?

RELATED: George Lopez calls on players who locked arms during the national anthem to do more

“Thank you for changing my opinion on old white men, but it doesn?t change the way I feel about orange men,” Lopez allegedly said back. “Listen, it?s about the kids .?.?. I apologize for bringing politics to an event. This is America ? it still is. So I apologize to your white privilege.”

Apparently, Lopez told a joke about the president’s proposed border wall, saying, “Guess you can get some Mexicans to do it cheaper and they wouldn?t crush the tunnels ­underneath.” When that was met with disdain from the audience, he quipped, “Are you El Chapo people?” He then announced a video segment, but then never returned to the stage. According to a source, his total stage-time was ?only supposed to be four minutes,? despite his being listed as the night?s emcee.

RELATED: George Lopez?s suggestion to President Trump about deporting cops is not going over well