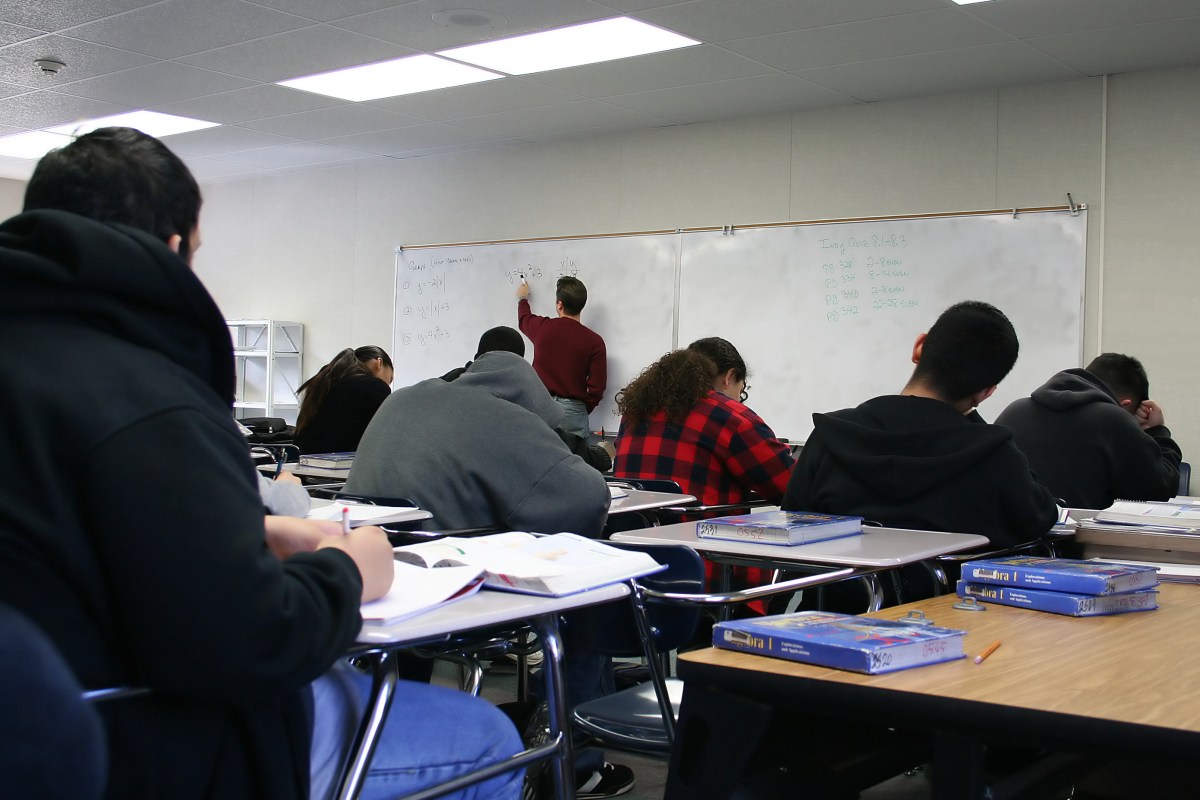 ATLANTA (AP) — School officials didn’t believe a Georgia high school student and illegally retaliated against her after she reported that she was sexually assaulted by another student, according to a civil rights lawsuit.

The lawsuit was filed Friday in federal court in Atlanta on behalf of the teen, who is identified only as “Jane Doe.” It accuses Gwinnett County Public Schools officials of violating her rights under Title IX, a 1972 law that bars discrimination based on sex in schools that receive federal money.

The alleged attacker, who was a minor at the time, is not identified in the lawsuit.

Adele Kimmel, a lawyer with legal advocacy group Public Justice, which is representing Doe, said a complaint filed in August 2015 with the Department of Education’s Office for Civil Rights has been investigated but remains unresolved.

“We did not have confidence that this would get resolved in a way that would hold the school district accountable given the changes in policy in this administration,” Kimmel said, explaining why they filed suit.

They had alleged systemic problems in the way Gwinnett County school officials handle sexual assault and harassment reports from students, but the Education Department now focuses on individual incidents rather than investigating the possibility of systemic problems, Kimmel said.

While the lawsuit asks for monetary damages, it also seeks policy and training changes, Kimmel said.

“What’s most important to her is that she does not want this to happen to any other student,” Kimmel said of the now-19-year-old Doe.

Shortly after classes ended for the day at Peachtree Ridge High School in Suwanee on Feb. 4, 2015, the 16-year-old sophomore was waiting for her mother to pick her up when a male student asked if she wanted to go see the school’s television network’s room.

Once there, the male student groped Doe and started to pull down her pants, the lawsuit says. She pushed him away and said, “No, stop!” and “What are you doing?”

He pushed her into a chair, forcibly kissed her and forced her to perform oral sex, the lawsuit says. When he eventually released her, she fled and went to meet her mother.

The male student sent a text message to a friend saying he felt “guilty” about doing something he shouldn’t have done, the lawsuit says.

Doe told two teachers she trusted at the start of classes the next day, and one of them took her to meet with the school resource officer.

The officer and three assistant principals questioned her, asking her to repeat the details of the alleged assault multiple times and having her re-enact it, the lawsuit says.

The officer asked what she was wearing, whether she screamed, why she didn’t bite the male student’s penis and whether she was sure she hadn’t wanted to have oral sex, the lawsuit says.

Doe was initially suspended pending a disciplinary hearing, after which she was suspended again.

During the joint disciplinary hearing for the two students, attorneys for the male student and for the school grilled her, the lawsuit says.

The school’s attorney said he didn’t believe Doe and that the male student’s claim that the encounter was consensual was more credible because Doe hadn’t screamed louder, had no physical injuries and didn’t tell her mother immediately afterward, the lawsuit says.

When she returned from suspension, Doe dreaded running into her alleged attacker and was bullied by other students, the lawsuit says.

She eventually withdrew from the school before the end of her sophomore year, and her family left Gwinnett County “to escape unbearable hostility and retaliation in the community.”

The lawsuit says school officials retaliated against the girl, failed to properly investigate and failed to correct a hostile educational environment. It also says the school district failed to properly train employees and implement policies to deal with sexual assaults.

Public Justice has gotten other calls about mishandling of sexual assault and harassment cases in Gwinnett and is looking into those, Kimmel said. She noted that the school district was the defendant in a landmark 1992 U.S. Supreme Court ruling that said Title IX does allow for monetary damages.

In that case, the school officials were accused of not doing anything after a student reported sexual harassment by a teacher.