The United States Air Force Academy Superintendent Lt. Gen. Jay Silveria delivered a strong message in response to racist slurs that were written on the doors of five black cadets at the preparatory school.

Silveria told cadets that those kinds of messages had “no place” in the academy or in the Air Force. He later told cadets to pull out their phones and record his message before saying, “If you can’t treat someone with dignity and respect, then get out.”

"If you can't treat someone with dignity and respect–then you need to get out."-Lt. Gen. Jay B. Silveria, Superintendent @AF_Academy pic.twitter.com/njCktv5Fmp

The academy launched an investigation after messages saying “Go home” with the n-word were written on the doors of five black cadets. A concerned parent posted a picture of one of the messages on Facebook, prompting both the investigation and responses from Silveria and various politicians. 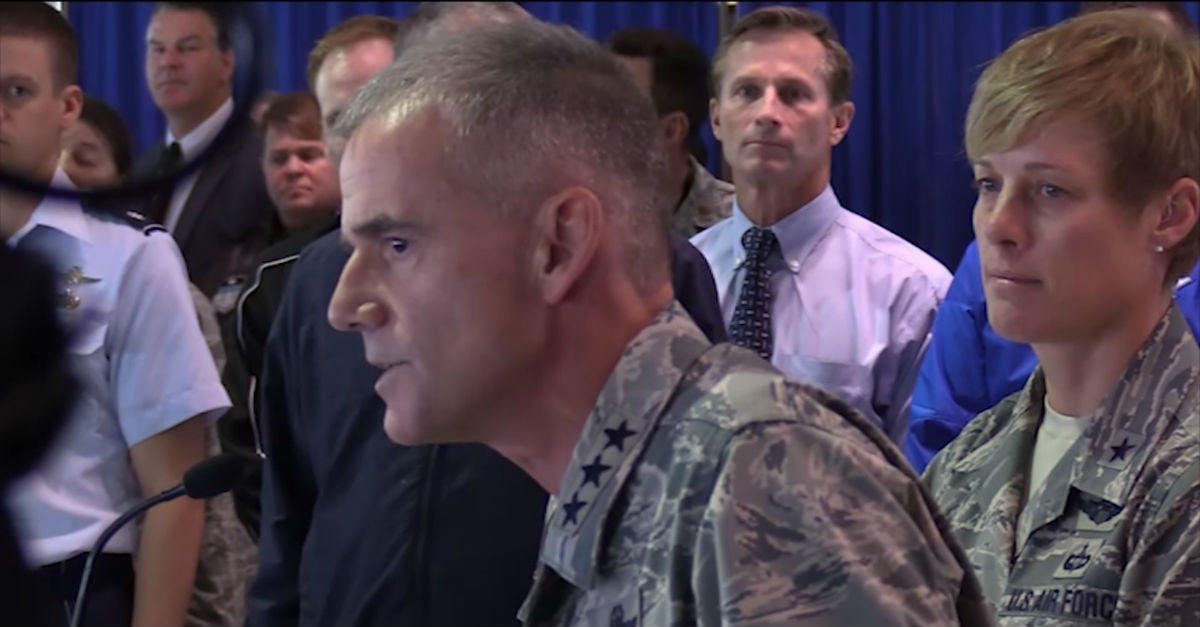