Should Men Be Angry About the “Toxic Masculinity” Gillette Ad? 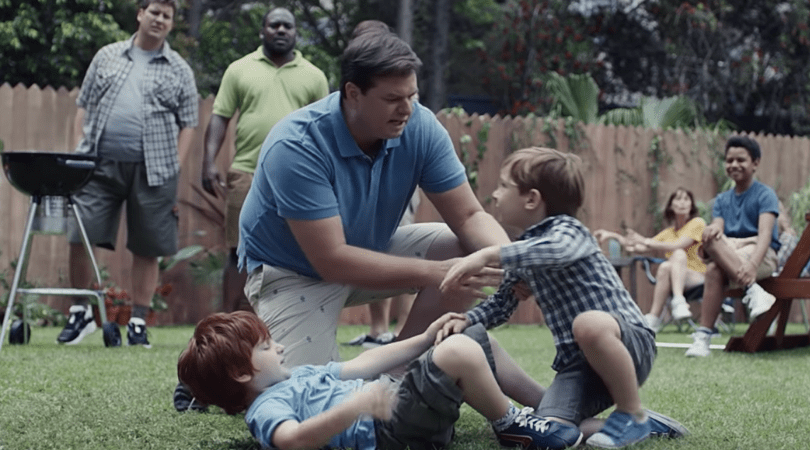 Should men be angry about Gillette’s new ad that urges them to denounce and dismantle toxic masculinity? Sure, if they want to be. Being angry at a corporation for one of their ads isn’t usually a productive use of anyone’s time but, since no one has to kill their own dinner or chop down trees to build their homes anymore we’ve all got to fill those extra hours with something.

It’s worth asking, though, what exactly does “angry” mean in reference to the way men are reacting to the ad? Upset? Annoyed? Fucking furious? “Angry” is a usefully vague, malleable term to use when someone wants people to pay attention to their coverage of anyone’s reaction to anything. When you read that men are “angry” about the Gillette ad the actual emotion the tweet/headline/post/blog is referring to is probably closer to annoyance than fury. But it might not be! Maybe if you click that link you’ll get to see some alpha meathead who thinks he’s super tough unironically cry and scream and break some shit. I’m clicking on that all day.

You probably won’t get anything that awesome, though. What you’ll mostly see is complaining. Expressions of irritation. Almost nothing that someone could honestly label as passionate.

Observing people express whatever level of displeasure they have about a thing on Twitter and then using their complaints to 1) support the idea that most people like them must be sensitive about that issue, to 2) represent their displeasure with the issue as if it were as intense as possible, and to 3) suggest these people must, in all likelihood, be against any ideas or people related to the thing they find irritating as well is at best stretch, but more likely just dishonest. (A lie.) It’s also good content.

Using some tweets about a specific thing to represent an entire group’s broader opinion is like pulling negative Yelp! reviews from a Mexican restaurant in Cleveland and assuming most Clevelanders hate Mexican food. And then going a step further and positing that they also must probably support building a wall on the border. A huge wall. One armed with drone cannons that only give one warning to illegal immigrants before firing. And the warning should be in English only, because those drone cannons are technically in America, and in America we speak English, dammit. Or, maybe the restaurant just sucked.

A lot of (but not even close to most) men were annoyed by the Gillette ad asking if our current state of affairs is the best a man can get. A smaller plurality of men was genuinely angry about the ad. And maybe like twelve of those guys hated the ad and also think that teaching boys to be accountable and decent is an attack on masculinity by liberal homosexual coastal elites who ultimately want to leave men with two options: become transgender or be imprisoned in a stasis chamber so that the new feminine society may harvest your sperm in order to reproduce.

I wasn’t upset about the ad, but it made me roll my eyes. Not because I’m pro-sexual harassment or because I think the Gillette ad’s general message has been said enough already. We should be teaching everyone accountability, empathy, and decency in perpetuity.

Especially men, who statistically find themselves in positions of power in more situations and across more walks of life more often than women (at least for now). And because, more importantly, men also account for the overwhelming majority of violent crime in America. The vast majority of men do not commit violent crimes, and violent crime rates are generally dropping, but men still commit most violent crimes and we should keep those rates heading in the direction they’re currently going. Teaching accountability, empathy, and decency to boys will help accomplish that.

Mostly, though, I find myself annoyed at the Gillette ad because it’s not actually trying to make the world a better place. And it was bad.

It’s a transparent attempt by a massive corporation that as recently as 2016 has been accused of profiting from child slave labor to make money by scoring cheap internet woke points off the #MeToo movement. Or, actually, that’s not annoying. That’s fine. These people use baby slaves. Of course they’ll prey on our emotions. What’s annoying is all the people congratulating them for the message. “Yeah men. Your razor company knows the right thing to do, why don’t you?”

As for the people digging in to defend the Gillette ad like it’s a good and powerful thing, aghast that “men” don’t want to engage in a conversation with this ad as the starting point, why would anyone want to listen to people too dumb to recognize this ad for what it actually is? Or, worse, people who are willfully ignoring what the ad actually is (and that the ad just sort of sucks in general — more on that) just because they happen to agree with the emotional manipulation the ad is presenting?

Of course, saying my entire objection to the ad is because a big mean soulless corporation made it is an easy cop-out. I watched the ad. I have thoughts on the content of it independent from what I think of its source.

My main takeaway is that the ad was pandering, and poorly at that. It wasn’t attempting to reach the men who need to hear this. It pandered to the sort of man who is constantly internally congratulating himself for being “one of the good ones” because of the way he votes and for taking the ?morally right? side in Facebook comment section arguments. To the sort of guy who would retweet this. To him and every other woke virtue signaler on social media. The ad was never made to convert.

Gillette’s ad wasn’t all bad. The part with the mom hugging the boy while the cyberbullying messages popped up and the part with the kid watching the example his dad is setting when he chases the bullies off were both affecting images.

But the ad wasn’t good. The idea that boys will just torture and beat the shit out of each other unless someone tells them not to is outrageous. The ad is so clumsily put together that this inadvertently became its central theme. They might as well have had a mascot named Wokey the Bear walk out and say, “Only YOU can prevent serial killers.”

It’d be offensive if it wasn’t the product of incompetence.

Then there was the endless line of men repeating “boys will be boys.” This made me laugh out loud. Every second of the cookout scene was truly, laughably terrible but that shot in particular looked like it was the low point in a student film that was desperately trying to “make you think, man.” It was the artistic equivalent of a film about consumerism showing mindless people dressed in grey being moved single file into and out of a Walmart on a conveyor belt. Not even a stoned fifteen-year-old would find that deep. And if the fifteen-year-old was an unsupervised boy he?d be too busy electrocuting neighborhood cats to watch it anyway.

This is just my experience, but I don’t recall, as a young boy, having carte blanche to beat the shit out of other kids at cookouts. What “boys will be boys” really describes is that we’ll knock over trash cans or challenge each other to a game of HORSE where the winner gets to throw a tennis ball at the loser’s nuts. Destructive? Yes. Acceptable? Not really, but also not the end of the world. Malicious and randomly violent? No. And there is a huge difference. Something both the people stanning this Gillette commercial and the terrible men who initially co-opted and bastardized “boys will be boys” should understand. Actually, the terrible men don’t matter. They’re terrible. But the rest of you should know better.

It?s also a cop-out for me to crap on the Gillette ad without really offering any sort of alternative. Even though advertisements and corporations shouldn?t be to whom we?re looking for guidance on social issues, there are ways to portray a healthier version of what men can be without Gillette?s heavy-handed, lowest common denominator messaging. This new Angel Soft commercial is a perfect example of that.

It?s okay to cry. It?s okay to be sensitive. It?s okay to care. Men having empathy makes the world a better place. You get all of this without a fucking narrator shouting, ?bEinG mEaN iS MeAn doNt dO tHaT? in your face. Because a competent group of artists and advertisers made this commercial.

The Gillette commercial wasn’t good. Its core message is obviously a valid one but the execution was trash. Its intentions weren’t pure either. It was made to get the razor brand attention (and it succeeded wildly). But it’s also not worth getting upset over. It’s too dumb to get upset over. Or to celebrate.

Promoting accountability and decency isn’t though. Could men have been better about that in the past? Yeah. They can be better about it now. We’ll probably still need to be better about it 200 years from now. We can always improve. Everyone can always improve. I?ll never object to that message, but that message can still be delivered poorly, or condescendingly, or disingenuously. And when it is it deserves to be dismissed and made fun of. It warrants annoyance. The delivery. Not the message.

Watch: One kid?s upsetting story of being bullied at school is now going viral, and people are rushing to help