Good news has arrived for former President George H.W. Bush, who was hospitalized on Friday 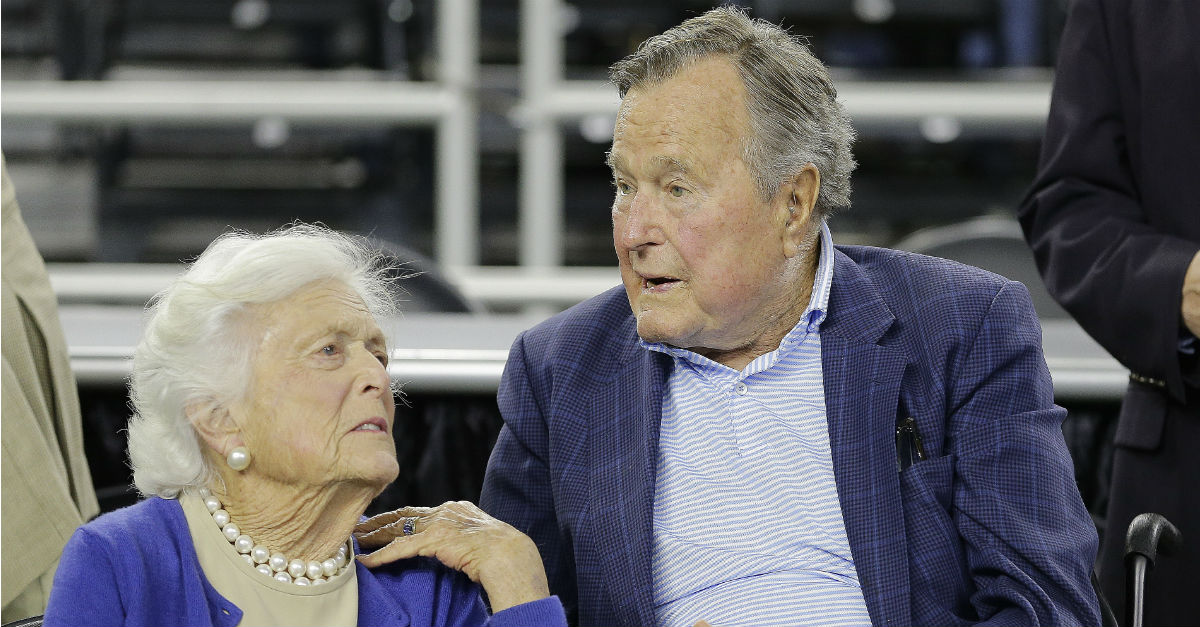 Former President George H.W. Bush has been fighting off a number of illnesses in recent months. The 92-year-old even missed the inauguration of Donald Trump at the advice of his doctors. However, in a recent statement, Bush’s office stated that the 41st president is recovering in Houston Methodist Hospital.

RELATED: Bill Clinton reunited with George H.W. Bush and gifted him some comfy accessories for his feet

Bush was sent to the hospital last Friday after he came down with a cough that wouldn’t go away. According to the statement his office released on Wednesday, he was suffering from a mild case of pneumonia. The statement continued to say that Bush will not be discharged on Wednesday and that his wife Barbara has been “constantly by his side.” The former commander-in-chief reportedly got a much-needed good night’s sleep and “his spirits are high.”

In January, Bush had a brief stay in the hospital when he came down with pneumonia, but in less than a week, the Texan was on the field at the Super Bowl coin toss. In his letter apologizing to Trump for missing the inauguration, Bush wrote, “My doctor says that if I sit outside in January, it will likely put me six feet under.”