Vickie Williams-Tillman, a 56-year-old Louisiana woman, saved the day on Sunday when she stopped a man from beating a police officer with his own baton. She was on her way to Sam’s Club and Walmart when she spotted the Baton Rouge officer and a suspect on the side of the road. The suspect had grabbed the officer’s baton and was repeatedly hitting him on the head with it after also attempting to grab the officer’s gun.

RELATED: An Oklahoma couple’s terminally ill baby may only live a few days, but she could save dozens of lives

After pulling over, Williams-Tillman jumped on the man’s back, stopping him from further assaulting the officer until backup arrived.

“I could see in his eyes he needed help,” she told The Advocate. “You don’t have time to think about it […] I did what God needed me to do.”

“It was something that went through my soul,” Williams-Tillman said, adding that she didn’t hesitate before stopping to help. “You don’t think about the risk.”

RELATED: A local police department shut down a school program following concerns of some students’ discomfort 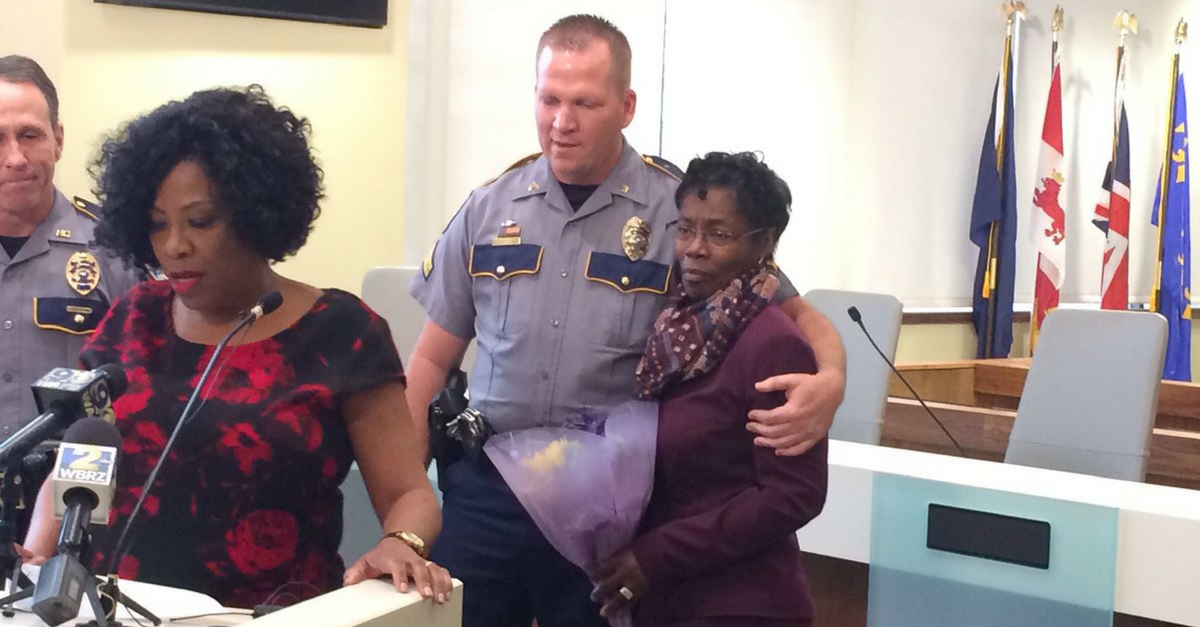