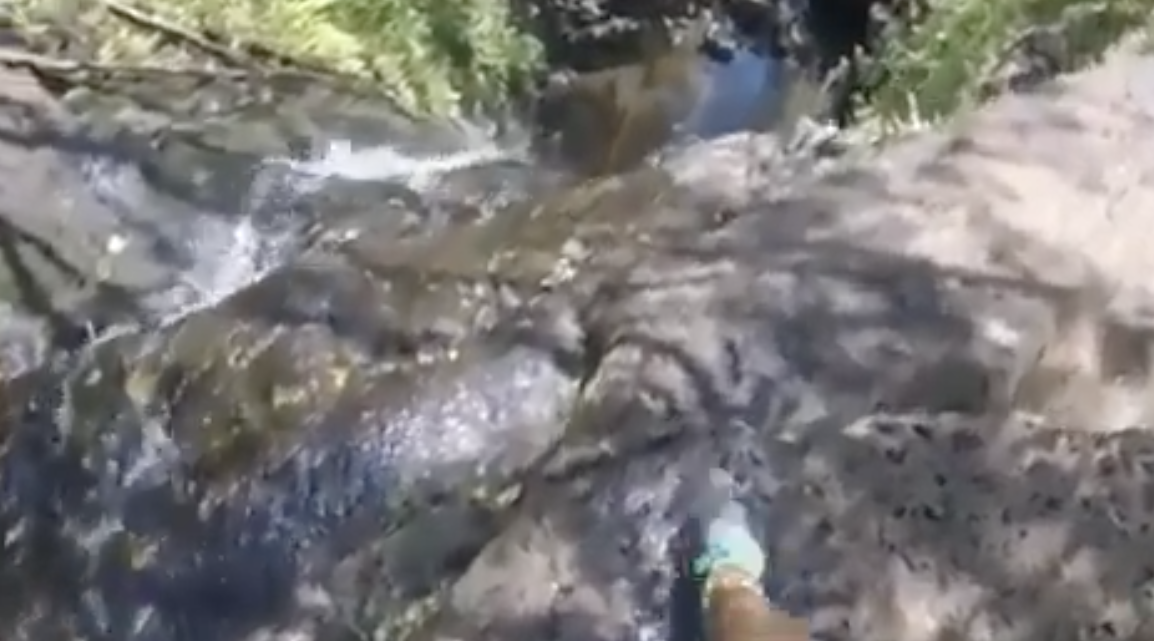 If you have vertigo or even just hate heights you might want to turn off whatever you’re reading this article on and go take a walk. And then never come back to this article. (But keep reading this site please!) This first-person footage shows 26-year-old Heather Friesen peaking over the edge of a waterfall while hiking in Hawaii before slipping and falling off the side and taking a terrifying plunge.

Friesen had a GoPro camera strapped to her head while she hiked Ka?au Crater Trail. The footage shows her leaning out over the waterfall to see below and saying, “Whoa.” But then her foot slips out from under her on a wet part of the rocks and down she goes.

Seriously, this footage is excruciating.

(For licensing or usage, contact [email protected]) Reposted from @larissa.maloney ⚠️ WARNING ⚠️ This video will shock you & give you chills down your spine. TURN YOUR VOLUME ON. Heather Friesen's story is one that you will never forget. Heather is an athlete that worked extremely hard to become a top indoor player as well as top collegiate beach volleyball athlete at the University of Hawaii. Her world came crashing down one day as she went on a hike on one of Hawaii's most beautiful hiking trails. Heather slipped and fell from a 40-50ft waterfall that broke her ribs and made her lung collapse. In this episode Heather tells you her story about her horrific #accident, but most of all how she recovered mentally and physically to come out even stronger. You do not want to miss this episode!! . #Listen NOW to her incredible story! #LinkinBio 🎙 . . . . . . . . . . . . . . . . #warning #video #inspiring #beachvolleyball #accident #volleyball #hawaii #waterfall

The fall happened in 2016 but Friesen, who is a beach volleyball player, just now released the footage on her Instagram account. After her disorienting fall Friesen stays underwater for about 20 seconds before finally pulling herself over to a rock. Later in the video Friesen is moaning and in a staggering amount of pain. She tells the man helping her that she can’t walk and falls back into the water.

Friesen was eventually airlifted to a hospital where she was treated for a collapsed lung, ten broken ribs, and a fractured scapula, or shoulder bone.

She later found out that other people had fallen from that same spot before her, and died.

Though her friends were worried that she was dead, Friesen told the podcast “In the World of Female Sports” that she never thought she was going die, knowing that God was looking out for her. (And, clearly, he was.)

Thankfully, the winner of 2016’s Luckiest Girl in America award would eventually go on to recover and continue her beach volleyball career.

Watch: KIPU FALLS IN HAWAII IS KNOWN AS THE POOL OF DEATH, AND FOR GOOD REASON