The grandfather of one of two Indiana girls slain last month pleaded with the public Thursday to review evidence police have released and provide authorities with tips that could lead to an arrest.

Mike Patty, whose 14-year-old granddaughter, Liberty German, was killed along with 13-year-old Abigail Williams, urged people to study two grainy images of a man police consider to be the main suspect in the killings and audio of a male saying “down the hill.”

The photos and audio came from Liberty’s cellphone. Police have hailed her as a hero for recording potentially crucial evidence.

RELATED: Murdered Indiana girl may have caught her killer on video and police have released the first bit of audio

Patty said anyone who has noticed that a friend, relative or acquaintance had recently changed their appearance, such as by shaving a beard, or who is acting uncharacteristically strange should pass that on to authorities through a tip line. He urged people not to second-guess themselves about whether something they’ve noticed is significant.

“If you think it could be, but then say, ‘No he’s not like that,’ go with your initial instinct. Let law enforcement run that information and make that determination,” he said during a news conference in Delphi, about 60 miles northwest of Indianapolis.

“However small it may seem, it’s extremely vital that we get every tip we can get. Please, we need your help.”

Patty said he still believes the killer or killers will be found. He said the slayings have “torn a hole in [the girls’] families that will never heal.”

German and Williams were found dead Feb. 14 in woods near the northern Indiana town of Delphi. The friends had vanished the day before while hiking during a day off of school. 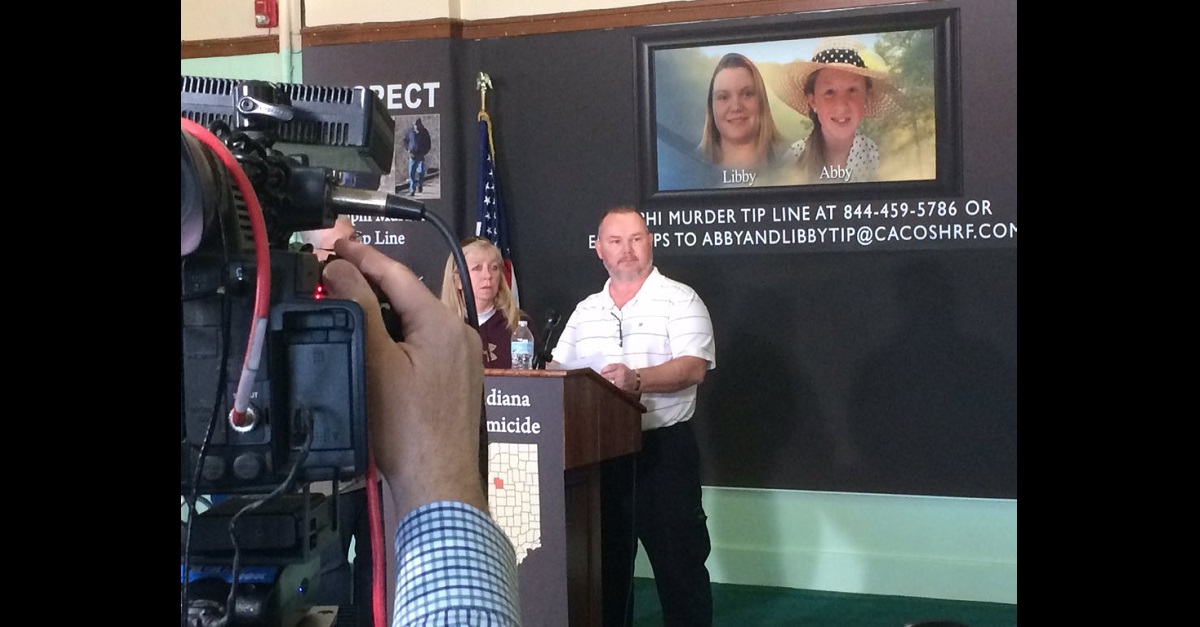