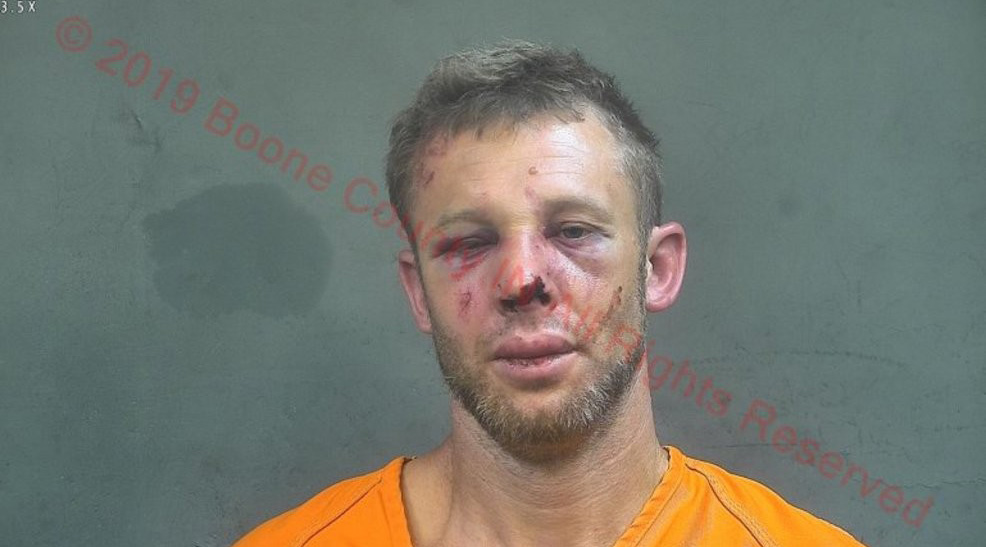 You come at grandma and grandpa you best not miss. This kidnapper missed and felt the consequences real hard. 37-year-old Benjamin Dillon of Indiana busted in the door of grandmother Patricia Roth’s (Patty Roth) home in the middle of the night on June 10th. In a rage, Benjamin DIllon demanded that the Indiana grandparents give him his daughter.

Dillon’s daughter wasn’t there, though. The little girl that was there was Roths’ 6-year-old granddaughter, not Dillon’s daughter. Patty Roth’s husband immediately went into Granddaddy Bear mode and fought Dillon out of the apartment.

After Grandpa Roth forced Dillon out, the grandparents barricaded their apartment door and waited for Boone County law enforcement to arrive to their apartment complex (that was probably a fun couple of minutes.) Once the police officers got there, Dillon was still pretty riled up and tried to fight them. The police officers were then forced to tase Dillon several times before they finally subdued the attempting kidnapper. Yes, they brought out the stun guns.

Think about that. Dillon was so jacked up on… something, that the police had to taser him multiple times. This is the guy a grandpa had to fight out of his apartment to protect his young granddaughter, a 6-year-old girl. I can imagine she would’ve been frightened too. And I wouldn’t be surprised if this guy was to face drug charges too.

The girl’s grandparents said they believed Dillon was probably on drugs — even more impressive for the grandpa, having the strength to fight off some meth’d out lunatic. They also said they have no idea why Dillon chose to come into their apartment but if he tried to come back he’d regret it next time (he probably regrets it this time too).

It probably didn’t happen this way but I like to picture Grandpa Roth dressed like your classic grandpa — a cane in hand, an old fashioned cap on his head — and fighting off Dillon with said cane, summoning strength from some war he fought in decades ago, or old boxing career glories he still reminisces about.

You definitely earned yourselves a paid of “World’s Greatest Grandparent” mugs Mr. and Mrs. Roth.

This article was originally published on August 13, 2019.