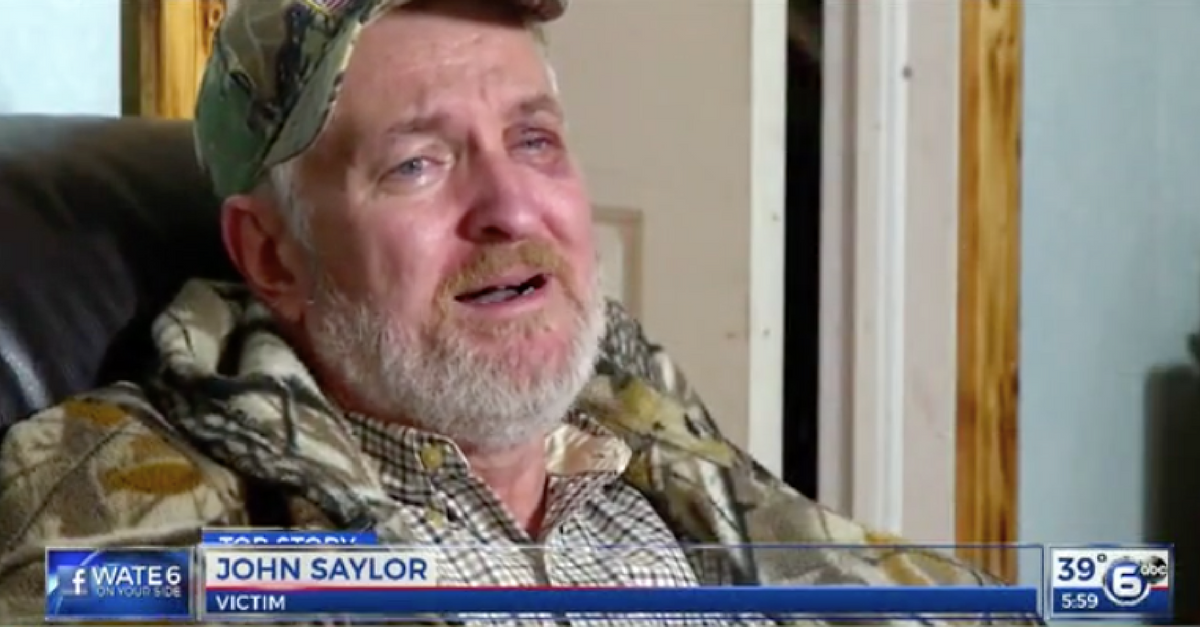 A Kentucky widower recalled the tragic way his wife lost her life on Christmas Eve in an emotional interview days after her unexpected death following a pit bull attack.

Married for 38 years, John Saylor never thought he’d lose his wife Lorraine in the horrific manner in which he did.

RELATED: A pit bull attack on Christmas Eve in Kentucky ended in the death of a 66-year-old woman

“She was a kind-hearted woman,” he said on Tuesday after returning home from the hospital where he was treated for injuries himself. “I remember the last time I kissed her on the forehead not knowing that would be my last kiss.”

Saylor’s wife was outside feeding their cats as she did on a daily basis when their neighbor’s two pit bulls brutally attacked her. When Saylor went to check on her, one of the dogs pounced on him, but he was able to fight the beast off and escape inside the home to grab his gun. After he returned outside, he fatally shot one of the dogs, but the other got away and is still on the loose.

All the while, his wife continued being viciously attacked by the animals. By the time Saylor fended off the dogs, she was lying on their porch dead.

With his wife pronounced dead at the scene, the fight left Saylor himself with 20 bites to the arm and head. While he’s returned home from the hospital, his left arm is still in a cast. Full of anger and sadness, the man blames his neighbor Johnny Dale Lankford, 42, for his wife’s death and hopes for justice.

RELATED: Police put to rest speculation on the pit bull mauling of a woman with one chilling detail of the grisly scene

“I’m sure he will see this,” he said. “I hope does. He’s responsible for my wife’s death.”

Lankford, however, was already being held in jail at the time of the incident for domestic violence and unlawful imprisonment charges he had acquired two days earlier. He has since been charged with harboring a vicious animal.