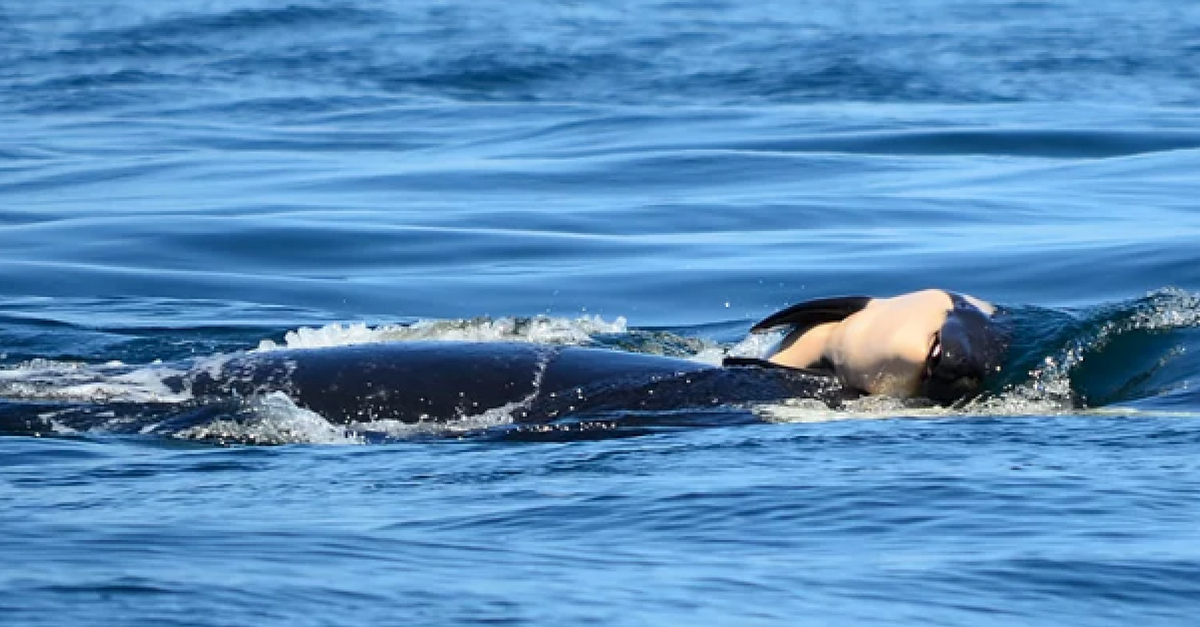 Orca J35, also known and Tahlequah, has been spotted still carrying her dead decomposing calf after 16 days. Researchers fear the mother coud be in danger, especially for her mental well being. Experts believe J35 is not getting the nutrition she needs to regain body-mass loss, that would have naturally occurred during the gestation of her fetus as well as additional loss of nutrition during her mourning period. The National Oceanic and Atmospheric Administration stated her actions are unprecedented, according to The Seattle Times.

Next to the mother, experts also found J50, a 3-year-old orca who is said to be starving. NOAA has mounted an emergency rescue of the whale and have submitted paperwork to Canadian officials to allow medical intervention for the whale in Canadian waters, including injection of antibiotics if needed. All permits are already in hand to intervene in Washington waters, including an emergency feeding plan.

#BREAKING: I just heard from NOAA that orca J35 was just spotted by @FishOceansCAN still carrying her dead calf. This marks the 16th day. Her calf died shortly after birth on July 24. This mother orca has captured the world's attention with her "tour of grief." #Q13FOX pic.twitter.com/JSxvrMECes

Heartbreaking photos from Michael Weiss of the Center for Whale Research photographer have surfaced online, showing an orca spotted off Victoria, British Columbia, propping the body of her dead newborn calf up in the water with her head.

According to a wildlife biologist with the Northwest Fisheries Science Center, Brad Hanson, the orca, known as J35, was seen caring a baby Southern Resident Killer whale (SRKW) after its death and was in a severe state of mourning. The orca most likely knew her newborn was dead and is grieving the best way she can.

The Southern Resident Orca population is at its lowest point, meaning the species is on the brink of extinction. These “killer whales” have been on the endangered species list since 2005, with a 15 percent decline since. Why are they extinct? Researchers believe it?s due to toxins, vessel traffic, and loss of food, such as fatty chinook salmon. The reason as to why the calf might have died was indicative of the problems the species faces. The Center of Whale Research stated approximately 75 percent of newborns in the last two decades, following designation of the Southern Resident killer whale population as endangered, have not survived. 100 Percent of the pregnancies in the past three years have failed to produce viable offsprings. This means the SRKW population will not be able to survive if it is unable to reproduce.

Read More: A new study shows that an orca whale may be able to learn human language

Robin Baird, a research biologist with Cascadia Research Collective, stated that these emotions reflect the strong bonds the animals have as parents. The orca is probably going through emotional stress. This is not the first time an incident like this has occurred. In 2010, Baird also encountered a female Orca, known at L72, carry her newborn. Back then, the calf had not been dead very long, as the umbilical cord was visible. The orca would follow the calf wherever it went, moving very slowly.

Just like L72, the photos show J35 doing the same thing by balancing it on her rostrum, over the nose, pushing it back up every time it slid off. Research scientist Deborah Giles stated this shows how the animal understands the social bonds it has with the rest of its family members. The orca carried her calf in her womb for 17 to 18 months, meaning the bond she grew fond of is now gone and she refuses let go.

Several scientists have documented the grieving behavior and other animals with close social bonds in small knit groups.

Overall, seven species in seven European regions covering three oceans have been documented carrying the body of their diseased young, including Risso?s dolphin in the Indian Ocean, the Indo-Pacific bottlenose dolphin, the spinner dolphin in the Red Sea, and pilot whales in the North Atlantic. Usually, killer whales and dolphins are known to transport and support their dead calves for as long as a week- a testament to the strong mother/offspring caring and bond.

Read More: SeaWorld?s baby orca, the last to be born in captivity, has died