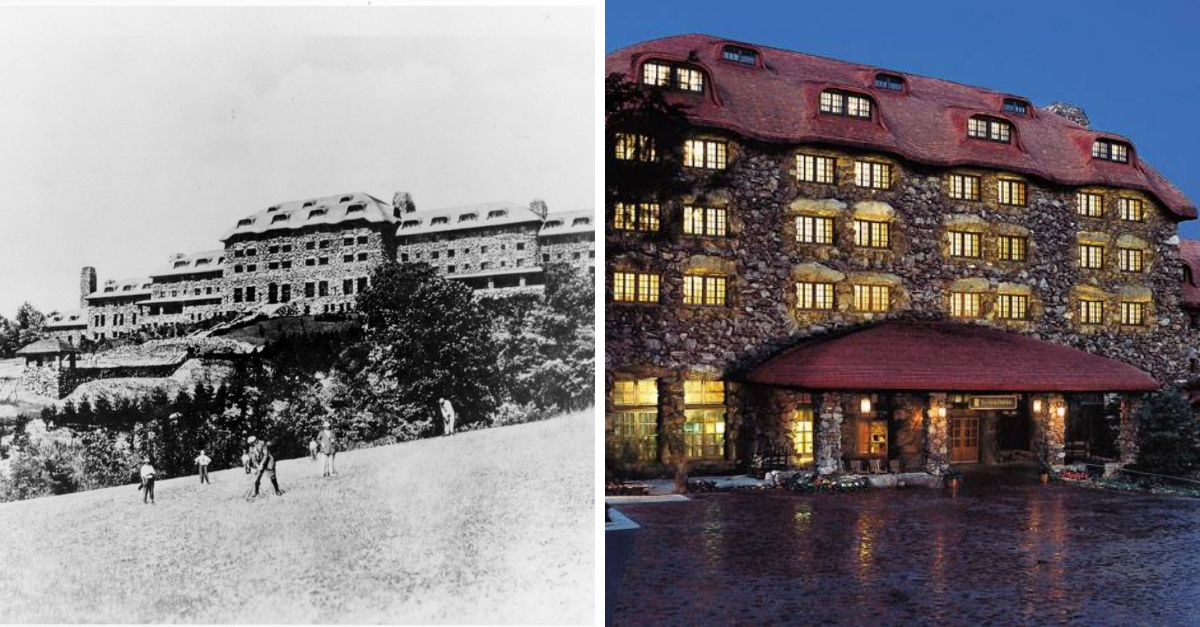 Historical hotel buildings are always filled with hidden treasures. From little hints of the hotel’s past to stories and photographs of famous guests who once roamed the halls, older buildings always come with an air of mystery. With time comes a slew of stories and hearsay, and this one ghost story is so spooky, the owners of the Grove Park Inn actually called on local ghostly phenomena expert to check if the stories were true.

It’s the late 1800’s. Edwin Wiley Grove is busy producing Grove’s Chill Tonic, a medicine containing quinine to tame the chills brought on by malaria. Edwin had heard about the healing powers of the Asheville, North Carolina air (It was thought that the altitude and climate of Asheville were able to cure TB. At one point there were over 130 treatment centers in the city) and spend a few weeks a year in the city to combat his extreme hiccups. He decided that opening his own Inn in the Blue Ridge Mountains would be great for his health and his business.

Rumor has it that it took over 120 tons of granite to construct our grand fireplaces. We never take for granted the hard work that went into building our historic Inn. #DontTakeForGranite #HistoricHotel #BuiltForTheAges #GroveParkInn

It took a few years, but on July 12, 1913, The Grove Park Inn was open, welcoming guests to relax next to its gigantic granite boulder fireplaces and vast scenic overlook. Famous guests flocked to the hotel, including ten presidents, Thomas Edison, Henry Ford, Helen Keller, and Harry Houdini. Great Gatsby writer F. Scott Fitzgerald spent two years at the Inn writing while his wife Zelda was in a sanitarium nearby. However, no guest is more famous than the Pink Lady, who still haunts the hotel to this day.

According to the stories, a woman wearing a pink gown fell to her death from the fifth floor of the Palm Court Atrium. While no one knows if the death was an accident, suicide, or murder, one thing is true?? guests and hotel employees all have stories about the young woman.

It wasn’t until 1995 that the Grove Park Inn decided to investigate the stories of the woman wearing the pinkish pastel gown. They hired Joshua P. Warren, president of L.E.M.U.R. paranormal investigations to conduct the search. Today Warren can be found on Television shows such as Ghost Adventures and Paranormal Paparazzi on the Travel Channel. He also owns Haunted Asheville Ghost Tours, which will share ghost sighting stories and history with visitors while walking around downtown Asheville.

Warren looked into public records, interviewed over 50 people (20 who had firsthand experience with the Pink Lady) and compiled the results, sharing that the ghost likes to spend time in a single Main Inn guest room, room 545, which is located two stories above the atrium floor.

According to the Omni website, a painter who worked at the Omni Grove Park Inn in the 1950s, shared his account of a sighting.

Back in the late ?50s or early ?60s, the hotel used to shut down during the winter months, and that?s when we caught up on painting. One cloudy, gloomy day back then, I was checking on some of the guys? work. As I got closer to 545, I got cold chills that got worse the closer I came to the door. It got so bad, I couldn?t work up the courage to go in at all. In fact, to my last day at the hotel, I never did go back there; sent my boys in instead.

Others, like the Manager of Elaine’s, one of the hotel’s nightclubs, shares that the Pink Lady of the Grove Park Inn appears like a dense pink smoke that just flows. The president of the National Federation of Press Women thought she felt her toes being tickled in the middle of the night.

Whether you believe in haunted hotels or not, this historic southern hotel is worth the trip. Just keep a lookout for the spirit of a young woman.

Editor’s note: This article was originally published on January 7, 2019.

Watch: 16 Tiny Houses You Wish You Could Live In