Guess who celebrated winning the election by offering up police horses? 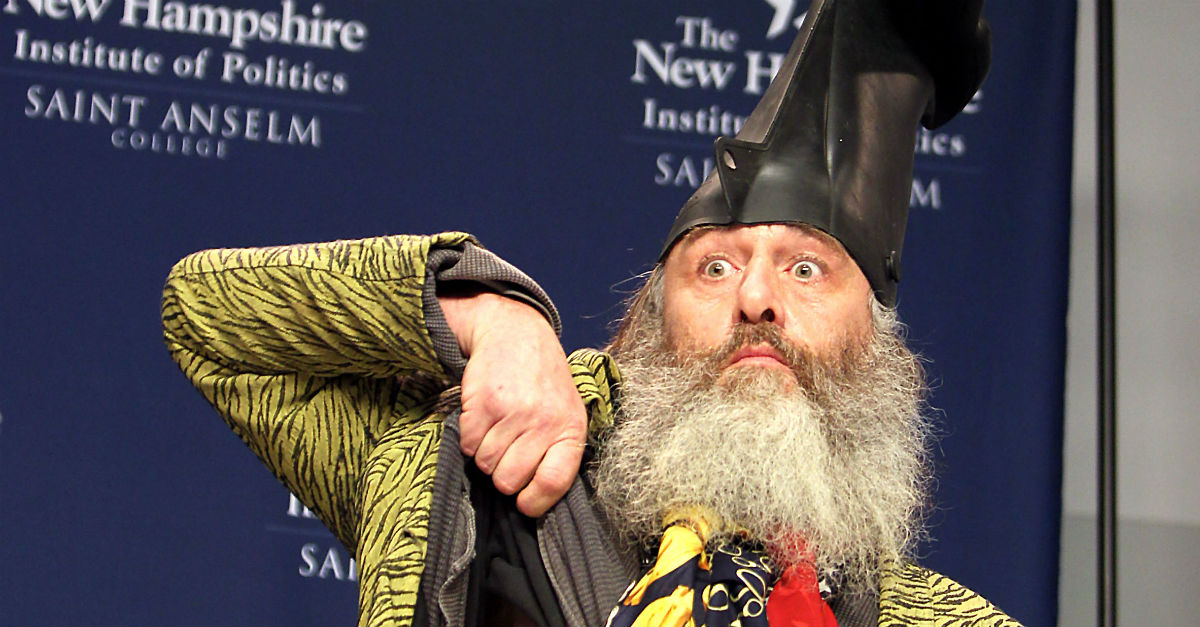 Vermin Supreme, performer and political prankster, showed up to the anti-DeploraBall protest claiming to have won the election.

Related: Meet Vermin Supreme, the presidential candidate who wants to give you a free pony

With his trade mark boot-cap on, he announced over loudspeaker that the he was providing the promised pony for ever American. The crowd laughed as he told them they were in the police trailer around the corner from the National Press Club in DC.